Thousands march in Berlin against anti-Semitism 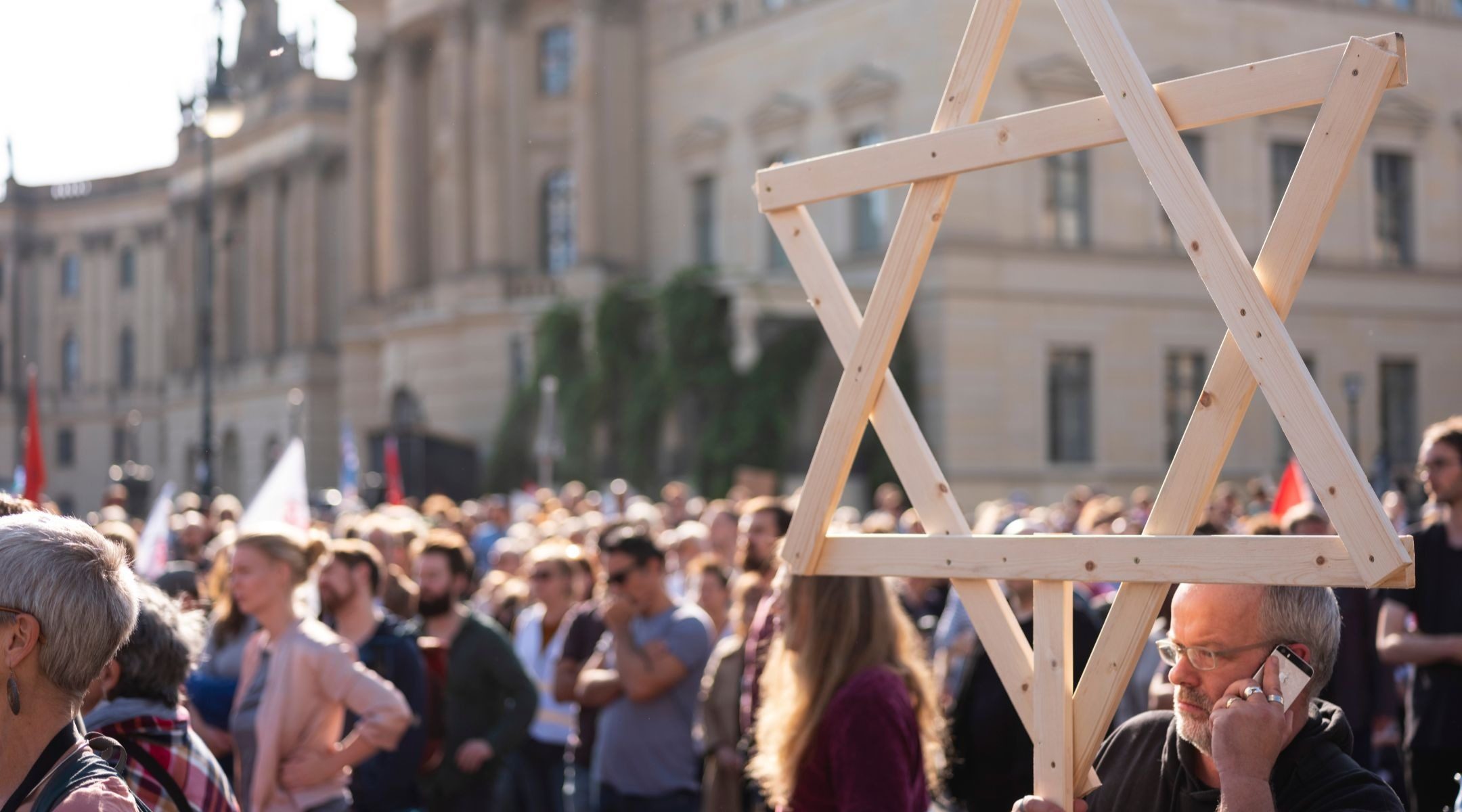 (JTA) — More than 10,000 people marched in Berlin against anti-Semitism and in a show of support for the victims of anti-Semitic violence in the city of Halle.

The march on Sunday left from Bebelplatz, significant as a site of Nazi book-burning, to the New Synagogue in central Berlin. Several thousand others marched on Saturday in the streets of other German cities including Hamburg and Marburg.

The march comes days after a German man with anti-Semitic and white supremacist motives in a livestreamed attack tried and failed to enter the synagogue in the eastern German city of Halle with explosives and then turned his gunfire on a woman outside and a man in a nearby kebab shop, killing both.

The rally was organized by the civil rights group Unteilbar, or “Indivisible,” under the slogan “We stand united.”