Thousands rally for Netanyahu and against indictment in Tel Aviv 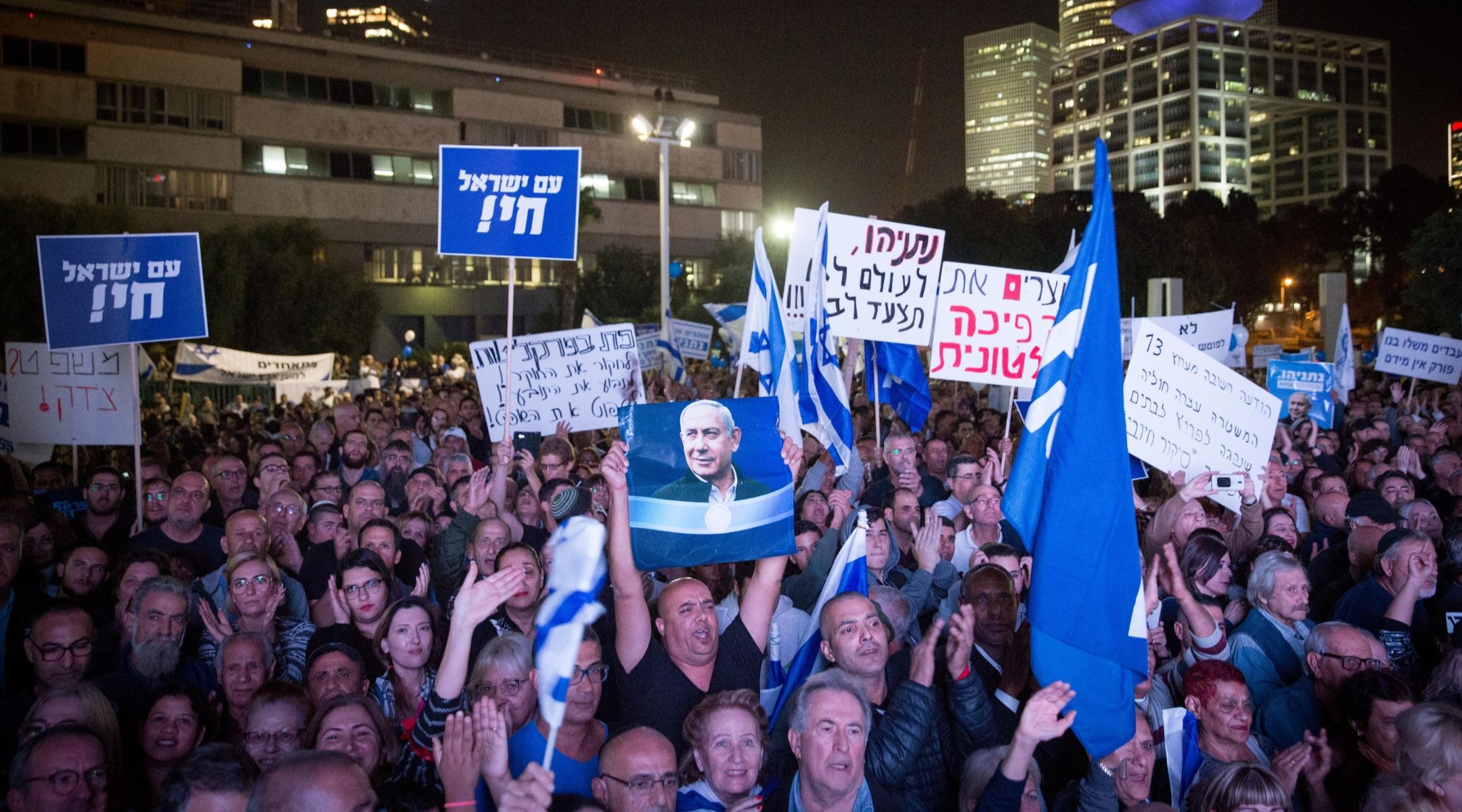 Supporters of Israeli Prime Minister Benjamin Netanyahu at a rally in Tel Aviv in support of him and against his indictment on corruption charges on Nov. 26, 2019. (Miriam Alster/Flash90)
Advertisement

JERUSALEM (JTA) — Thousands rallied in support of Prime Minister Benjamin Netanyahu and against his indictment on corruption charges.

Israeli media put the crowd outside the Tel Aviv Museum of Art at between 5,000 and 8,000, but Netanyahu tweeted “15,000 thank yous” after the rally on Tuesday night, indicating his read on the size of the gathering.

The demonstrators carried signs reading “You will never walk alone,” and “We will not keep quiet while Netanyahu’s blood is being spilled.” Other signs accused Israeli prosecutors of “blackmail” and “threats.”

Israel’s Attorney General Avichai Mandelblit on Thursday announced his decision to indict Netanyahu for bribery and breach of trust in three corruption investigations against him.

Regev said the rally was to send a “message that the rule of law isn’t above the law.”

“The essence of democracy is checks and balances. It seems some are pushing too hard and we must stop them,” she added.

The party brought buses full of supporters from around the country.