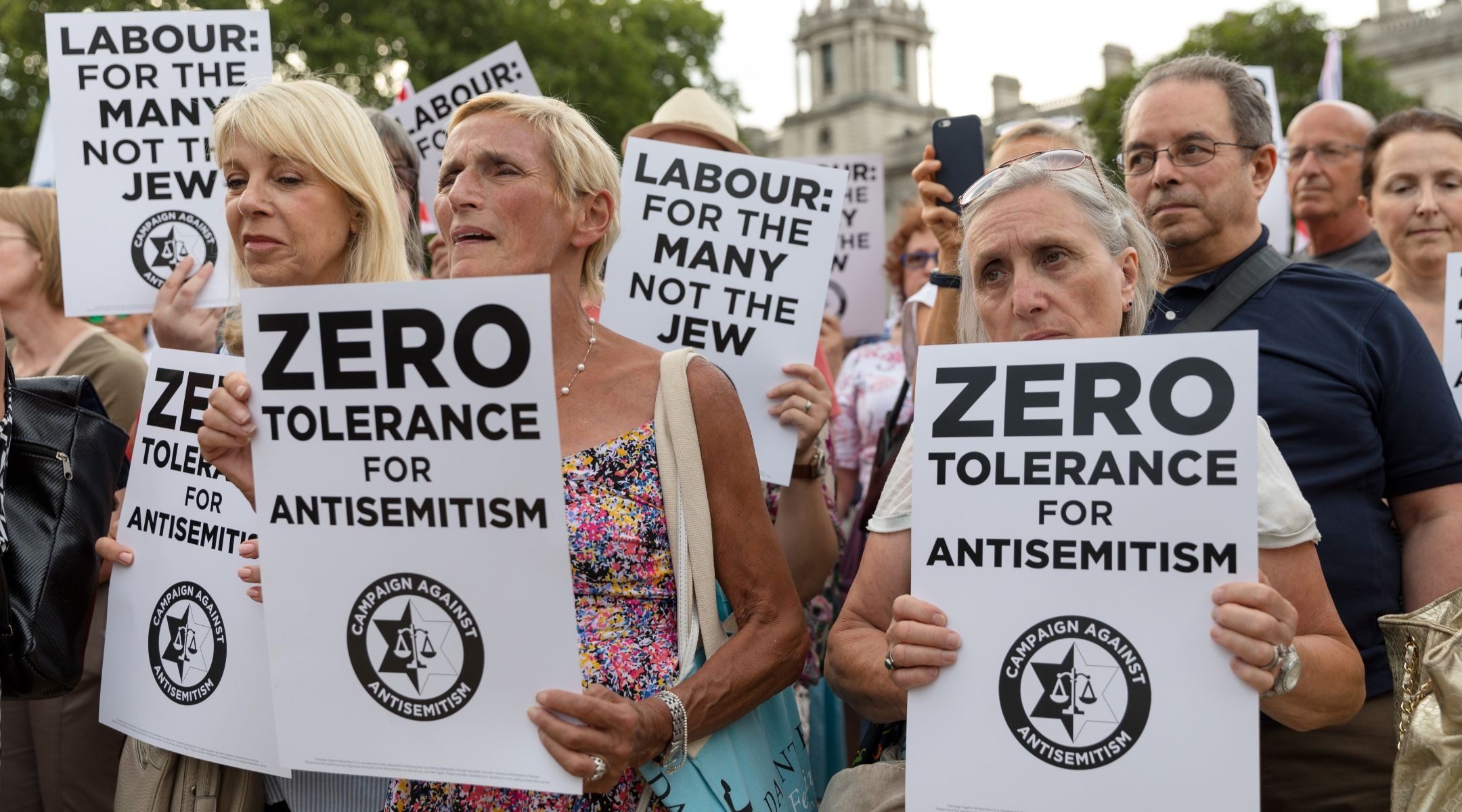 A protest in London's Parliament Square, against the Labour Party following its announcement that it would take action against lawmaker Dame Margaret Hodge for calling Jeremy Corbyn an anti-Semite, July 19, 2018. (Vickie Flores/In Pictures via Getty Images)
Advertisement

More than 3,000 participants, Jews and non-Jews, held signs reading “Together against anti-Semitism,” “Antisemitism = Racism,” “Solidarity with British Jews” and “racist Corbyn unfit to be PM,” referring to the head of the Labour Party, Jeremy Corbyn.

The demonstration Sunday, led by the Campaign Against Anti-Semitism, was held four days before national elections.

No speaker directly mentioned Corbyn or his party, which has been accused of institutional anti-Semitism. Corbyn has been dogged by criticism over anti-Semitism in Labour since his election as party leader in 2015.

Some party members have been kicked out for anti-Semitic rhetoric, but others have been readmitted and thousands of complaints have gone unprocessed. Corbyn himself has called Hamas and Hezbollah his “friends.”

“Today we are here in this square standing before the Mother of Parliaments in the country of the Magna Carta, the country that stood alone as a light in Europe as the hatred of Nazi Germany enveloped the continent,” Gideon Falter, chief executive of Campaign Against Antisemitism, said at the rally. “We stand here to say that Britain is better than this. We stand here to ask all of the people of our country to stand with us.”