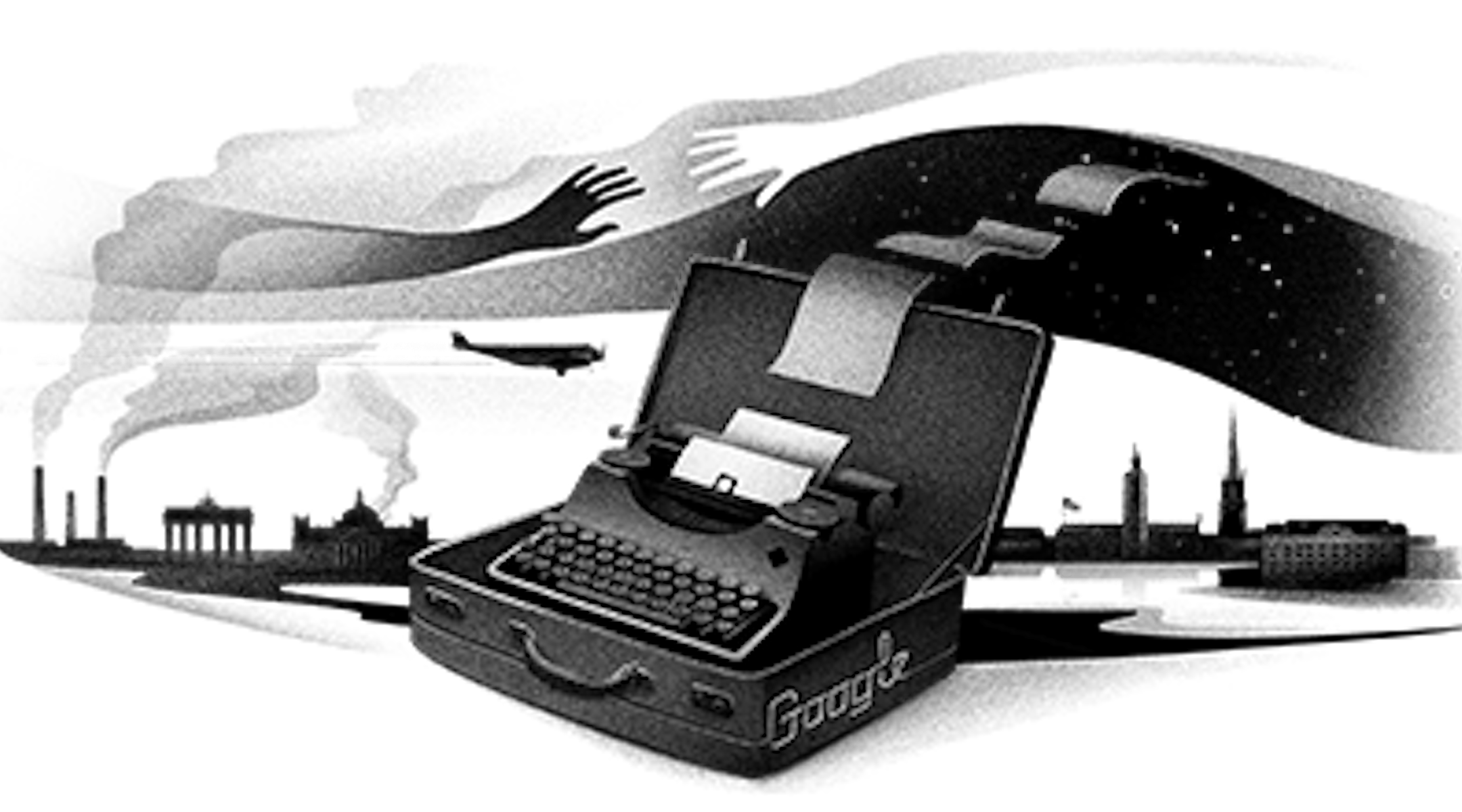 (JTA) — Today’s Google doodle honors the 127th birthday of Nelly Sachs (1891-1970), the Jewish poet and refugee from Germany who shared the Nobel Prize in literature with the Israeli writer S.Y. Agnon in 1966.

Exiled to Sweden during World War II, Sachs was largely obscure in her adopted country. There she wrote lyrical and haunting poems touching on the Holocaust, her fears about the budding state of Israel and what the Jewish Women’s Archive called “the possibility of atrocities committed by humankind and the beauty of humanity.”

Reporting on the Nobel Prize ceremony in Stockholm on Dec. 12, 1966, JTA noted that “Miss Sachs was called up first and, with absolute composure, bowed to the king as she received her award. In a brief, gracious speech, she recalled that she was a refugee from Nazi Germany — without mentioning either Hitler or Nazism — and that the ceremony coincided in date with her 75th birthday. Then came Mr. Agnon.”