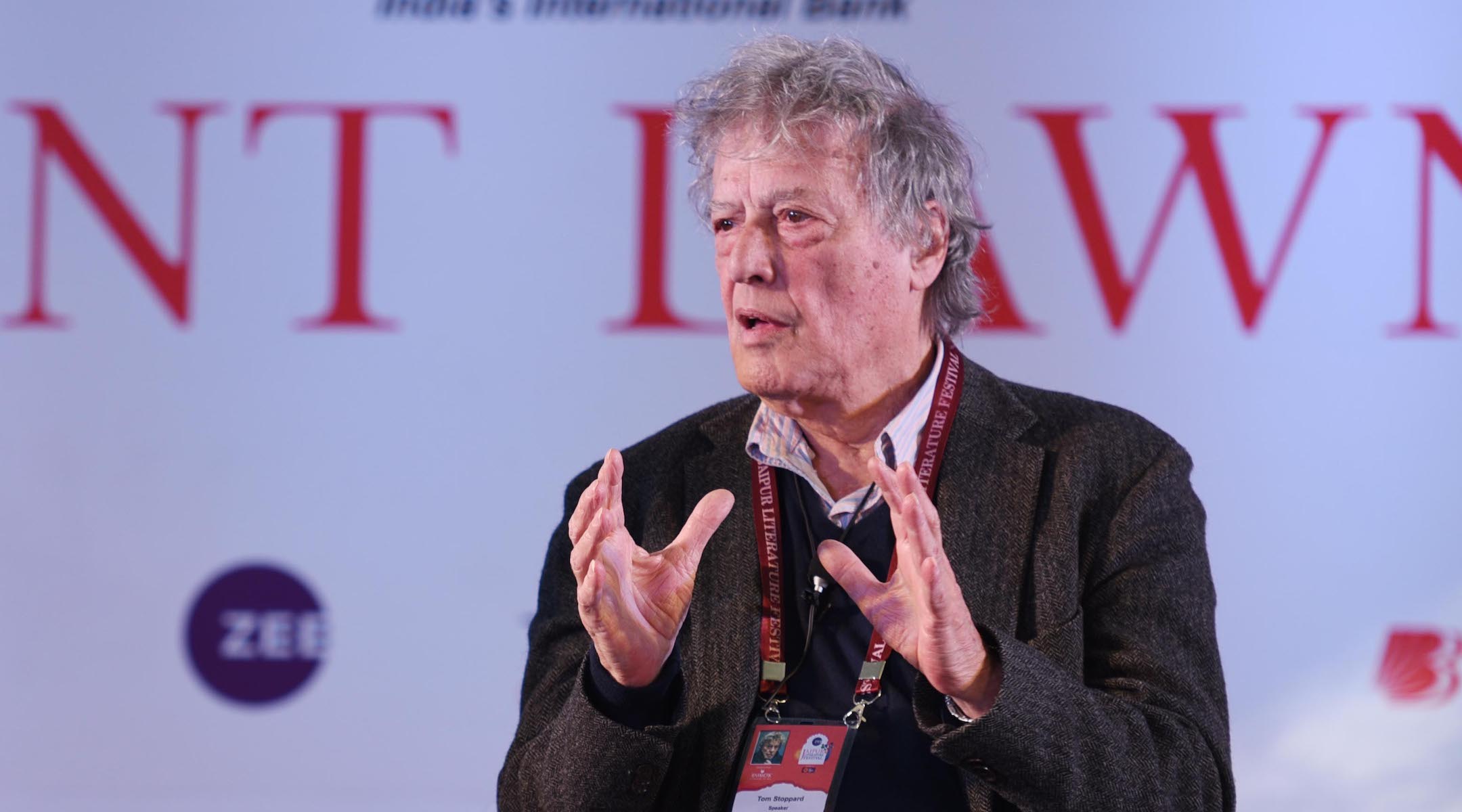 (JTA) — Tom Stoppard, the winner of multiple Tony Awards and an Oscar, and the author of plays such as “Rosencrantz and Guildenstern Are Dead” and “Travesties,” is often described as one of the best living playwrights.

He’s not often described as Jewish, which he is, perhaps in part because he has never explored Jewish themes in his work.

That could change after his latest play, “Leopoldstadt,” debuts at Wyndham’s Theater in London on Feb. 12.

The story involves multiple generations of a wealthy intermarried family in Vienna’s old Jewish quarter in the early part of the 20th century. The Jewish Chronicle reports it involves a seder, a “hilarious” bris and discussions of assimilation.

Leopoldstadt was the name of Vienna’s Jewish ghetto during World War II, and it’s symbolic of how far the Jewish family involved in the plot has come.

Stoppard told the Chronicle that the story is not autobiographical, but he feels close to the theme of not feeling connected to one’s Jewishness. Stoppard, born Tomas Straussler, didn’t know he was Jewish until a relative told him in the 1990s. His family fled their native Czechoslovakia during World War II to Singapore, and then left to India after Japan began attacking there. Stoppard’s father was killed by a Japanese bomb.

Stoppard’s mother married an English man and gave her children his surname.

Stoppard’s son Ed, an accomplished actor in his own right, plays a part in “Leopoldstadt.”