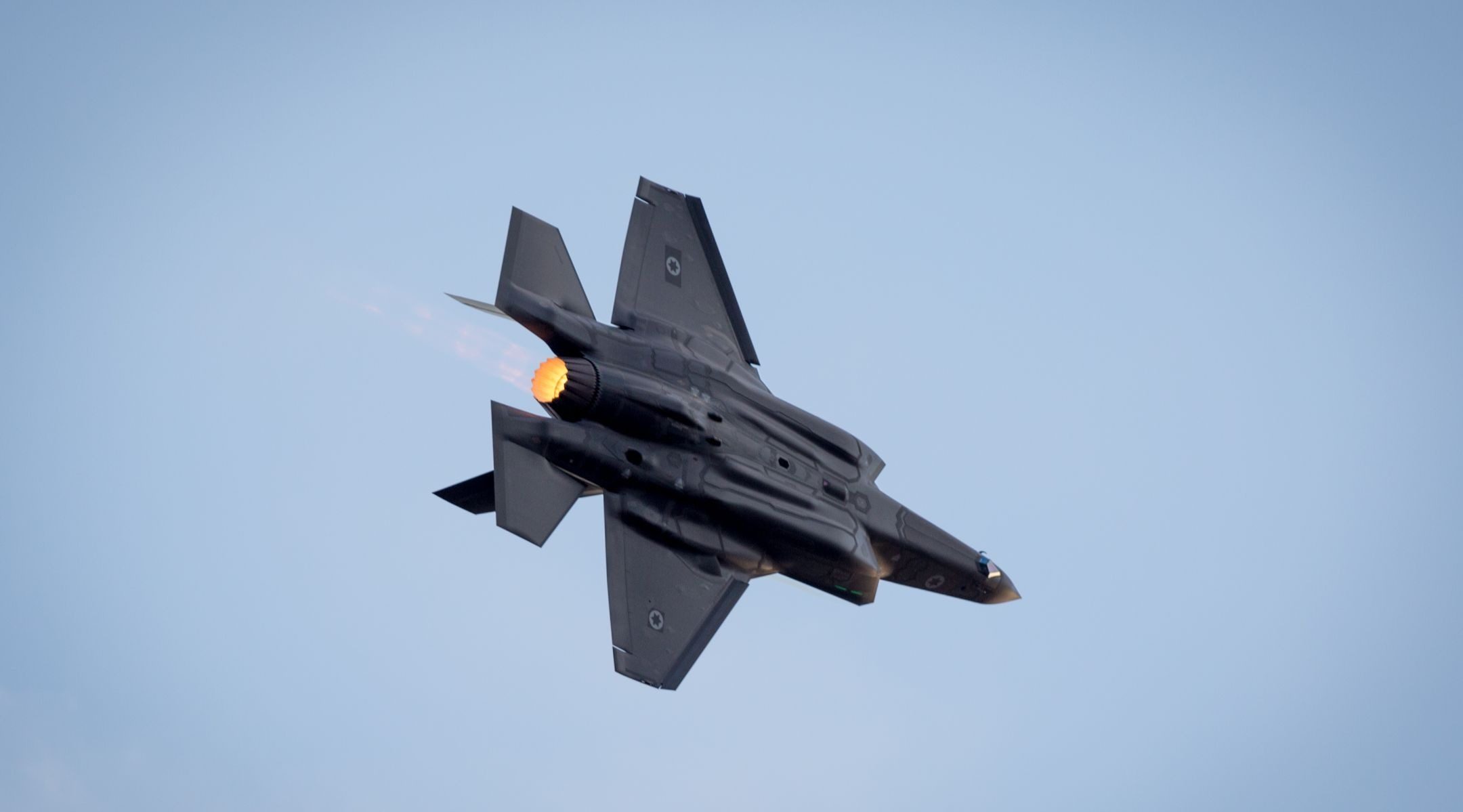 WASHINGTON (JTA) — Top Senate Democrats introduced a bill that would slow down the sale of F-35 stealth combat aircraft to the United Arab Emirates, part of the deal closed by the Trump administration as an incentive to normalize relations with Israel.

Critics of the sale say it undercuts Israel’s “qualitative military edge” in the region.

Sen. Robert Menendez, D-N.J., the chairman of the Foreign Relations Committee, and Sen. Dianne Feinstein, D-Calif., a longtime former chairwoman of the Intelligence Committee, on Friday introduced legislation that would mandate congressional oversight to ensure that the transfer of the aircraft complied with U.S. law upholding Israel’s qualitative military edge in the Middle East.

“I remain concerned with the implications of a sale of our most advanced fighter jet given numerous outstanding, unanswered questions about the implications of this sale for U.S. national security, our technology interests, and implications for regional stability including the legal parameters of Israel’s Qualitative Military Edge,” Menendez said.

An official of AIPAC, the main pro-Israel lobby, said the group had not taken a position on the bill “although we appreciate the senators’ commitment to preserve Israel’s QME.”

President Joe Biden froze the sale, prompting criticism from Republicans that he was undercutting the normalization agreement, dubbed the Abraham Accords. He unfroze the sale last week.

Israel at first opposed the sale but relented after lobbying by top Trump defense officials. A number of pro-Israel Democrats nonetheless remained wary about selling the state-of-the-art aircraft.

The oversight according to the bill would considerably delay any sale, and a provision that would require showing “the recipient country has not committed or enabled human rights violations” would likely be onerous for the UAE, which human rights NGOs score low.

The bill also fires a warning shot not to sell the aircraft to Saudi Arabia.