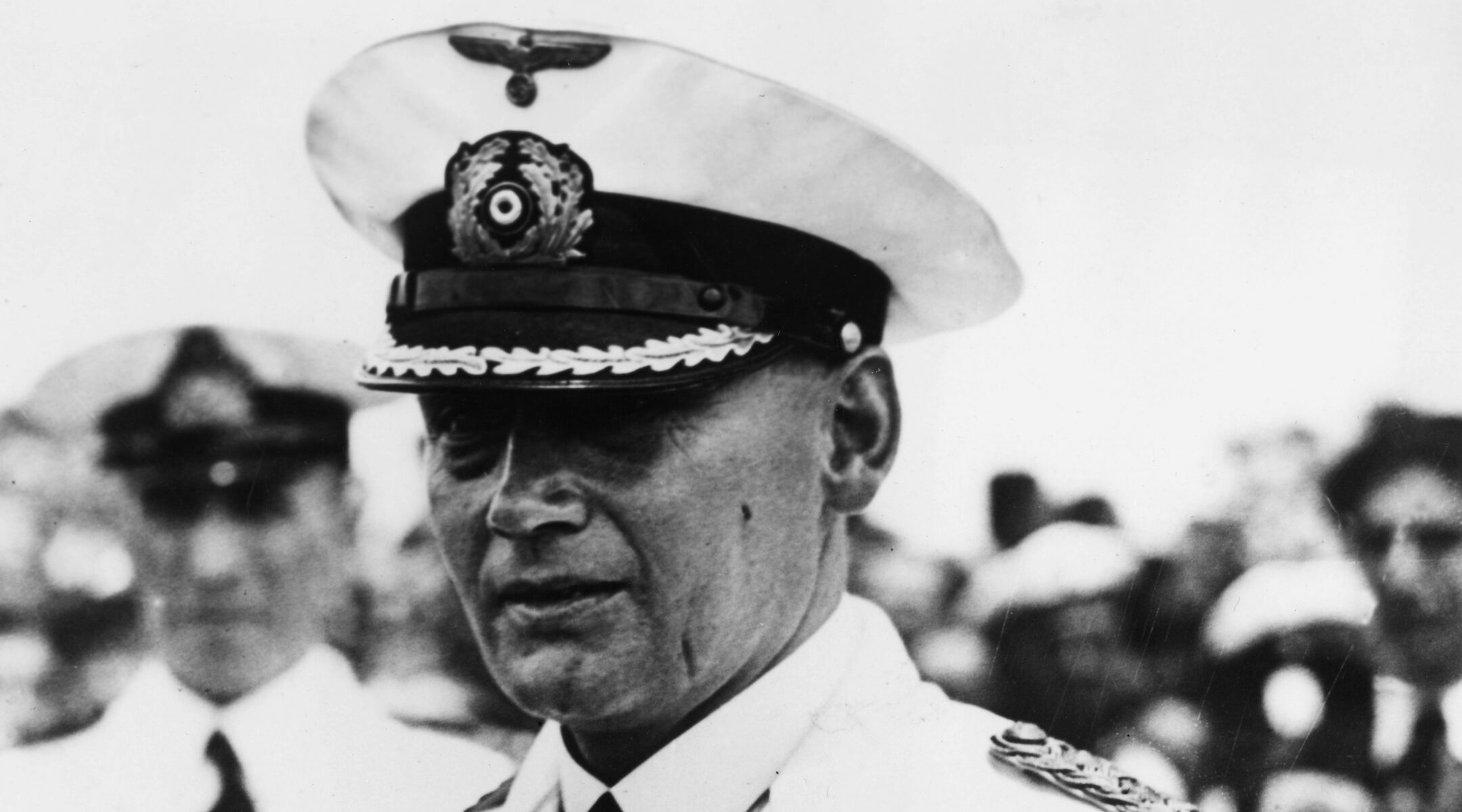 (JTA) — A suburb of Toronto will rename a street named for Nazi naval officer Hans Langsdorff.

The town council of Ajax, a suburb northeast of Toronto, voted 4-3 this week to rename Langsdorff Drive after a Jewish-led campaign, according to B’nai Brith Canada, a Jewish organization that advocated for the change.

The town is named after a British ship, the HMS Ajax, that won a 1939 battle against a ship commanded by Langsdorff.

“Taking action against the glorification of Canada’s enemies and a man who fought for the most evil regime in history sends the right signal to those concerned about the rise of hate in our time,” said Michael Mostyn, B’nai Brith Canada’s CEO.