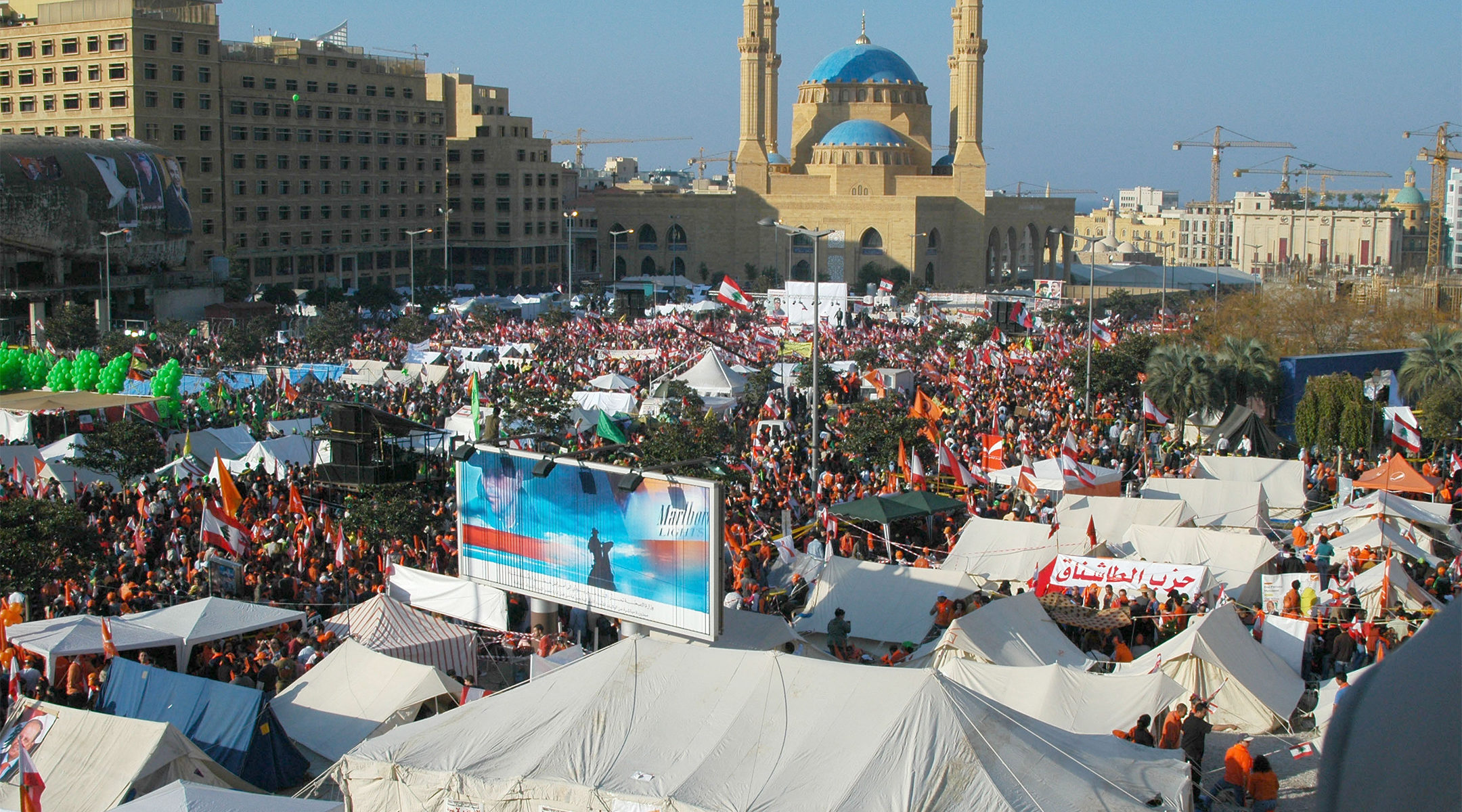 (JTA) — The United States sanctioned the Lebanon-based Jammal trust bank and its subsidiaries for allegedly working for Hezbollah.

The Treasury Department said Thursday that “the bank funnels money to the families of suicide bombers,” Reuters reported.

The United States is determined to cut off support in Lebanon for the group, Secretary of State Mike Pompeo said in a statement, adding that “Jammal Trust’s misconduct undermines the integrity of the Lebanese financial system.”

Jammal Trust is a 50-year-old commercial bank with branches throughout Lebanon, according to its website.

“All property and interests in property of these targets that are in the United States or in the possession or control of U.S. persons must be blocked and reported” to the Office of Foreign Assets Control as a result of the sanctioning, the Treasury Department said.

As with the bank and its subsidiaries, the government said it would seize any property or capital belonging or in the possession of the four alleged Hamas facilitator — Muhammad Sarur, Kamal Abdelrahman Aref Awad, Fawaz Mahmud Ali Nasser and Muhammad Kamal al-Ayy.

Israeli Prime Minister Benjamin Netanyahu in a statement praised the move on Jammal.

“I commend President Trump and the American administration for the important decision to impose sanctions on a Lebanese bank that serves as an Iranian financing arm for the Hezbollah terrorist organization,” Netanyahu said.