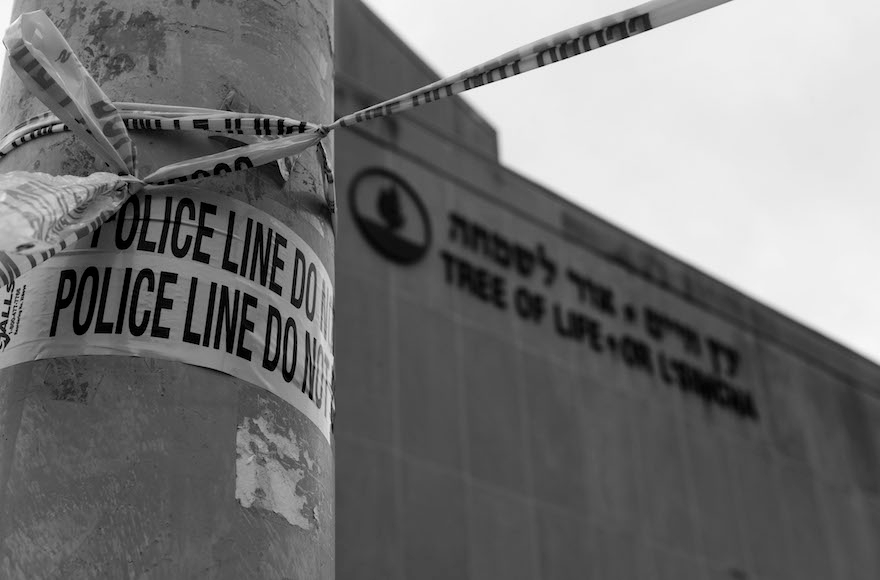 (JTA) — Pittsburgh’s Tree of Life congregation will hold its High Holiday services in an Episcopal church located just down the street.

The Calvary Episcopal Church reached out to the congregation just days after the Oct. 27 attack that left 11 Jewish worshippers dead, offering its building for any of the congregation’s needs, the Episcopal News Service reported.

The congregation, known formally as Tree of Life*Or L’Simcha Congregation, has been holding Shabbat services in the social hall of Rodef Shalom Congregation, another Pittsburgh-area congregation, but it needs a location that can hold at least 800 people for services for Rosh Hashanah and Yom Kippur, the Pittsburgh Jewish Chronicle reported. The church’s sanctuary can seat 1,000 people.

The church is not charging Tree of Life for using the space, according to The Rev. Jonathon Jensen, rector of Calvary Episcopal Church. He said the church would cover many of its crosses in order to make the Jewish worshippers more comfortable. Tree of Life will be bringing its prayer books, Torah scrolls, an ark and lectern to the church.

Jensen said that Rabbi Jeffrey Myers will come to Calvary on a Sunday in September to introduce himself to the congregation and explain the significance of Rosh Hashanah and Yom Kippur. He said that members of his church are interested in attending the services.

Meanwhile, Tree of Life told the Jewish Chronicle that it will hire appropriate security for the services, including requiring non-members to make arrangements to attend in advance.

Jensen said the Jewish congregation has a standing offer to use its sanctuary while its building is being repaired.

Congregation Dor Hadash, a tenant in the Tree of Life building, will hold its High Holiday services at the JCC Katz Theater in Pittsburgh.