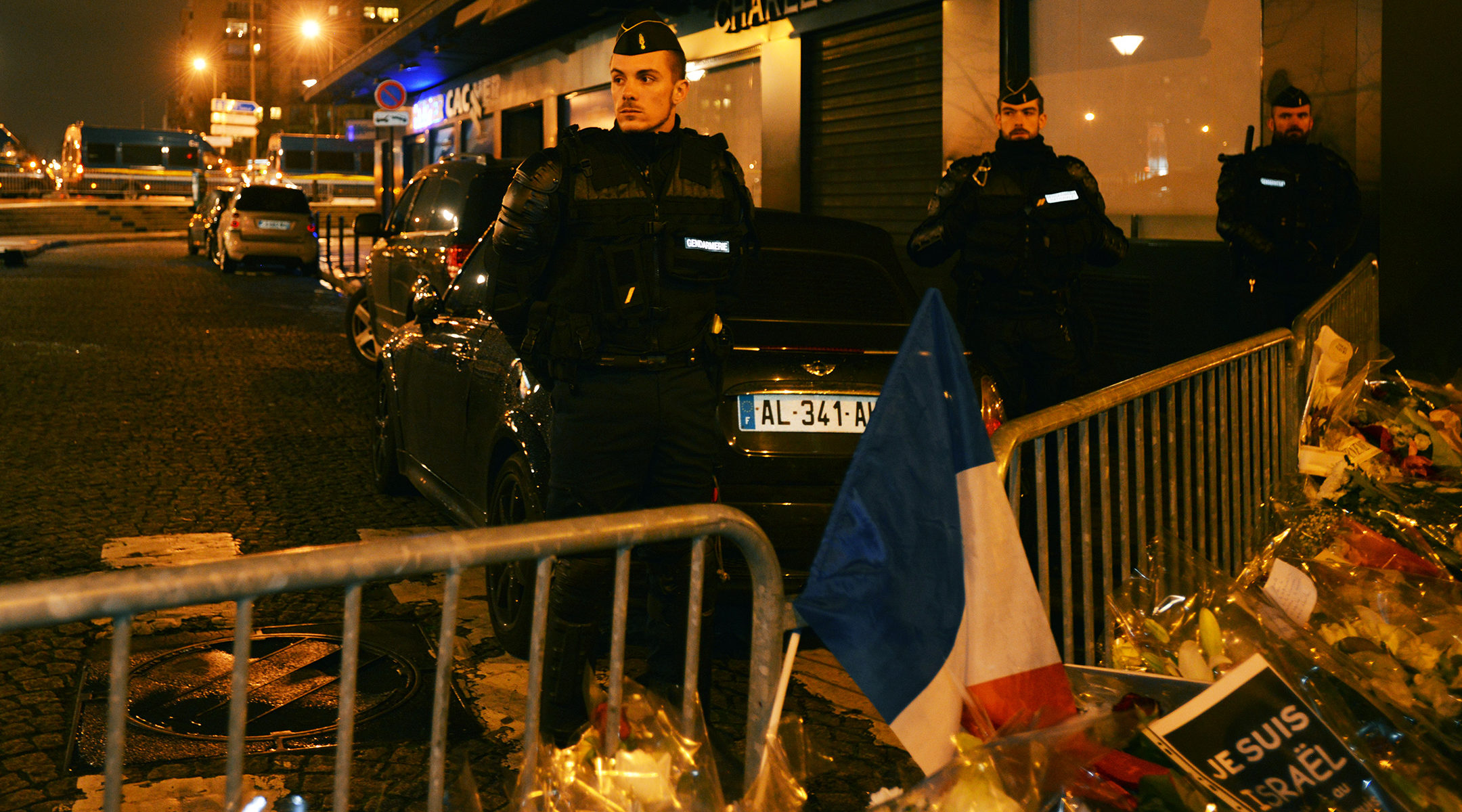 (JTA) — More than five years after the slaying of 17 people in the Paris terror attacks on the Charlie Hebdo satirical magazine and the Hyper Cacher kosher store, the trial of 14 people accused of being involved opened Wednesday in that city.

A special court comprised of five judges will hear the case, which will be filmed and archived — a rare measure in France.

The defendants are alleged to have facilitated in some way the slaying by radical Islamists of 12 people at Charlie Hebdo, the deadly attack on a police officer and the killing of four Jews at Hyper Cacher during a three-day spree in January 2015.

But only one defendant — Ali Riza Polat, a 35-year-old French citizen of Turkish descent — appeared before the judges as an actual accomplice in the crimes. The only other alleged accomplice is Mohamed Belhoucine, 33, who is formally a wanted man but is thought to have died in Syria. Two other defendants are also being tried in absentia.

Belhoucine met Amedy Coulibaly, the perpetrator of the Hyper Cacher killings, in prison in 2010. Belhoucine was serving time for belonging to Islamist terror cells. Coulibaly, who was killed in a shootout with police at the kosher store, was in prison for theft. He also killed the police officer. Brothers Said and Cherif Kouachi carried out the attack on Charlie Hebdo and were killed there.

Other defendants are being tried for belonging to a terrorist network and felonies involving firearms.