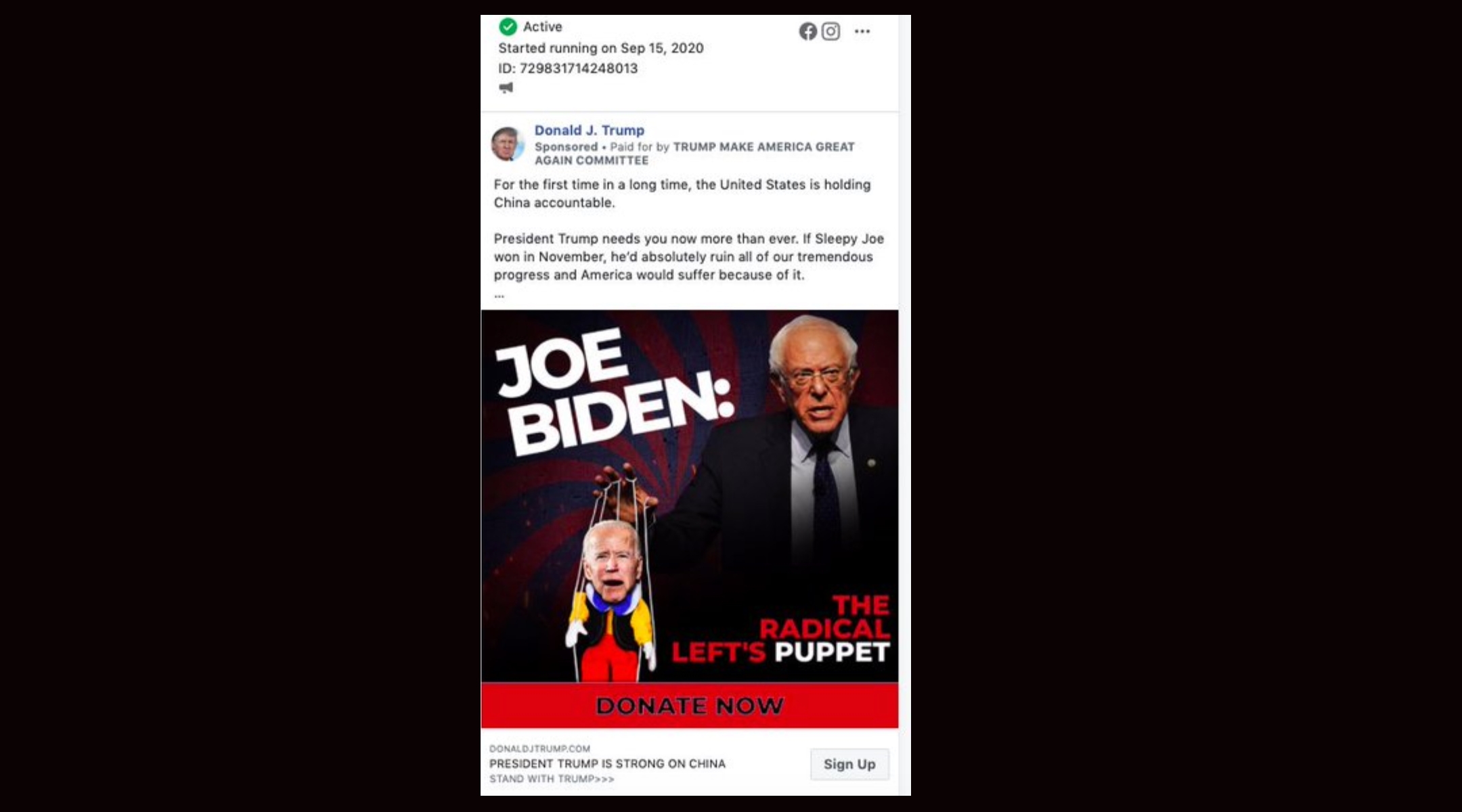 The ad, according to screenshots posted on Twitter, has Biden dangling like a marionette from strings that are wrapped around Sanders’ fingers with text reading “Joe Biden: The radical left’s puppet.” Sanders, who challenged Biden from the left in the Democratic presidential primary, is Jewish.

IfNotNow and Bend the Arc said the ad perpetuates the anti-Semitic stereotype of Jews nefariously pulling the world’s strings. The accusation that Biden is a puppet of the far left is a frequent one among Trump supporters, who often use images of Sanders to illustrate the argument.

Anti-Semitic cartoons throughout history have included images of Jews as puppet masters. In a tweet from 2018 regarding a different cartoon, the Anti-Defamation League wrote, “Even if no anti-Semitic insinuation is intended, casting a Jewish individual as a puppet master who manipulates national events perpetuates #antiSemitic tropes.”

Trump has also accused Biden of being the puppet of non-Jews. A Trump ad with a similar theme from May reads “Joe Biden: China’s puppet” and features a video of Chinese Premier Xi Jinping standing behind Biden and moving his mouth like that of a ventriloquist’s dummy.