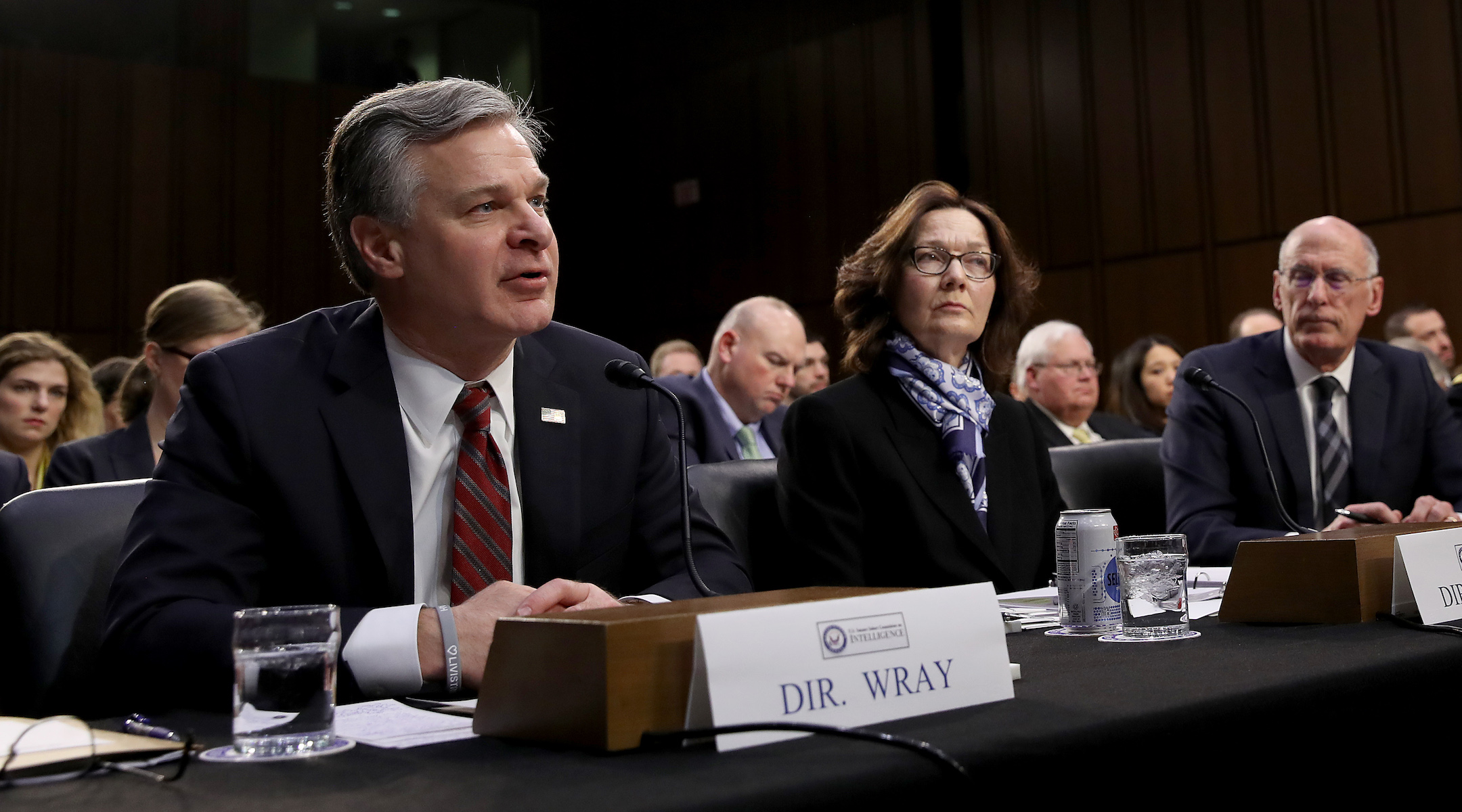 WASHINGTON (JTA) — President Donald Trump called his intelligence chiefs “naive” for saying Iran continues to comply with the 2015 nuclear deal it signed with the United States and other world powers.

“The Intelligence people seem to be extremely passive and naive when it comes to the dangers of Iran,” Trump said Wednesday on Twitter.

The president apparently was referring to testimony to Congress a day earlier when CIA chief Gina Haspel and Dan Coats, the director of national intelligence, confirmed under questioning that Iran continued to comply with the sanctions relief for nuclear rollback agreement that was the signature foreign policy achievement of Trump’s predecessor, President Barack Obama.

Trump pulled out of the deal last year, saying it was the worst in history and would allow Iran to acquire a nuclear weapon. He said Iran was violating the “spirit” of the deal by testing missiles and with its adventurism in the region; the deal strictly addressed nuclear enrichment.

“When I became President Iran was making trouble all over the Middle East, and beyond,” Trump tweeted. “Since ending the terrible Iran Nuclear Deal, they are MUCH different, but a source of potential danger and conflict.

“Perhaps Intelligence should go back to school!” Trump said.

Iran and the other parties to the deal — Europe, China and Russia — continue to abide by the deal.

Haspel and Coats appeared to endeavor not to directly contradict Trump during the hearings. Both also said that Iranian officials were openly contemplating leaving the deal.