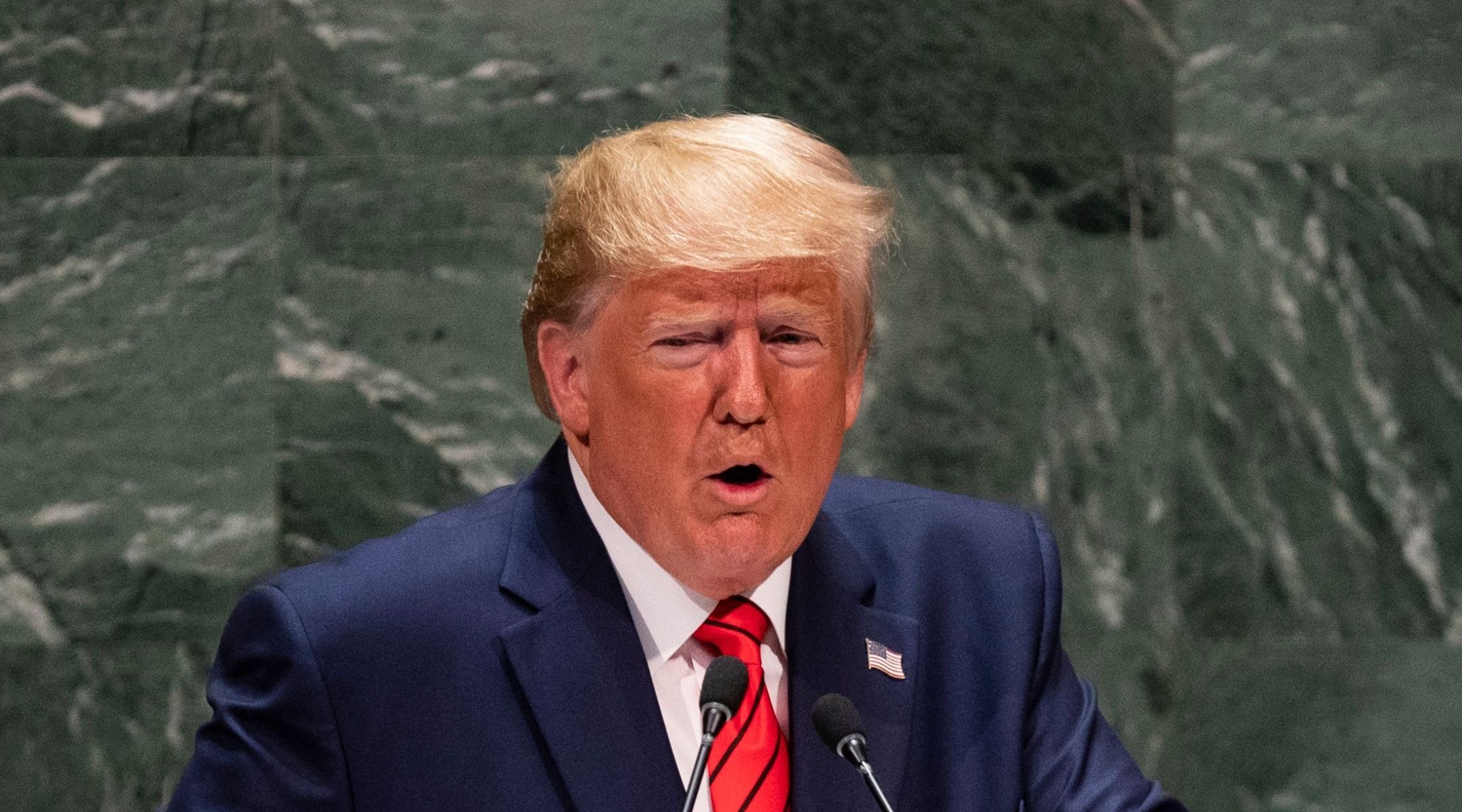 WASHINGTON (JTA) — President Donald Trump said the anti-Semitism from Iran’s supreme leader was a factor in his call for normalized relations between Israel and its neighbors.

“Fanatics have long used hatred of Israel to distract from their own failures. That is why it is so important to have full, normalized relations between Israel and its neighbors.”

Trump also noted recent new sanctions targeting Iran’s financial sector, which he said were the toughest ever, sparked in part by a rocket attack that partially disabled a key Saudi Arabian oil refinery. Iran has denied responsibility for the attack.

The president did not threaten any military action. His reluctance to use force in dealing with Iran was a factor in the recent departure of his national security adviser, John Bolton.

Much of Trump’s speech was a paean to nationalism and the virtues of limiting migration. He derided “globalism” and accused, without citing evidence, nongovernmental organizations that assist migrants of working with human traffickers, calling them “evil.”