Trump: I don’t believe report that Israel is spying on US 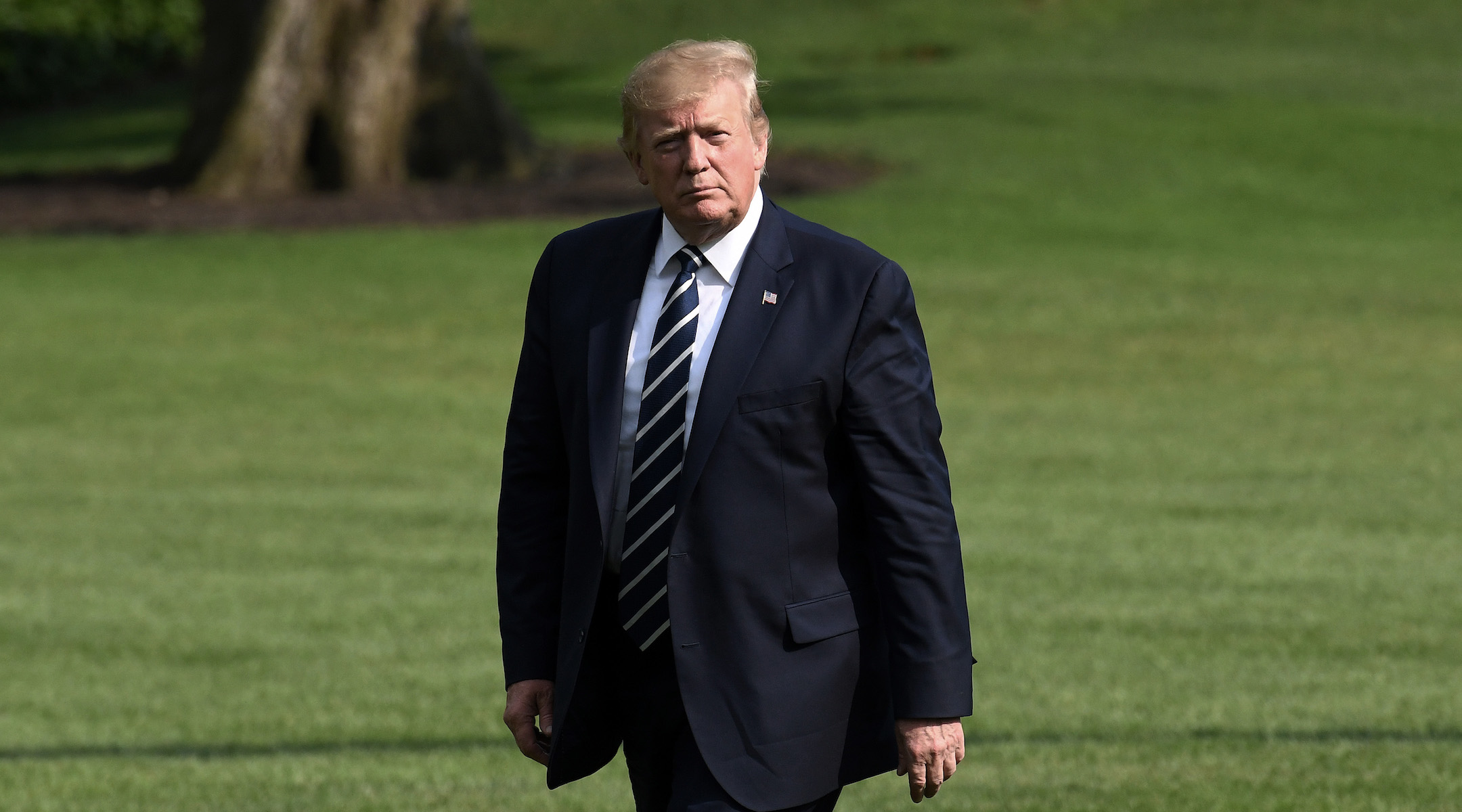 President Donald Trump arriving at the White House, July 21, 2019. He has been accused of stoking racial tensions over his repeated attacks on four Democratic congresswomen. (Olivier Douliery/AFP/Getty Images)
Advertisement

(JTA) — President Donald Trump said he does not believe report that Israel is spying on the United States.

Trump’s remark Thursday was about a Politico report that Israel was likely behind the placement of devices in the vicinity of the White House that can capture cellphone calls.

“I don’t believe that. No, I don’t believe that the Israelis are spying on us,” Trump said from the South Lawn of the White House before heading to a Republican retreat in Baltimore, Fox News reported. “I find that hard to believe.”

Israeli officials, including Prime Minister Benjamin Netanyahu, vigorously denied the report. Israel has pledged since the 1986 capture of Israeli spy Jonathan Pollard not to spy on the United States, although since then there have been multiple instances of the countries accusing the other of spying.