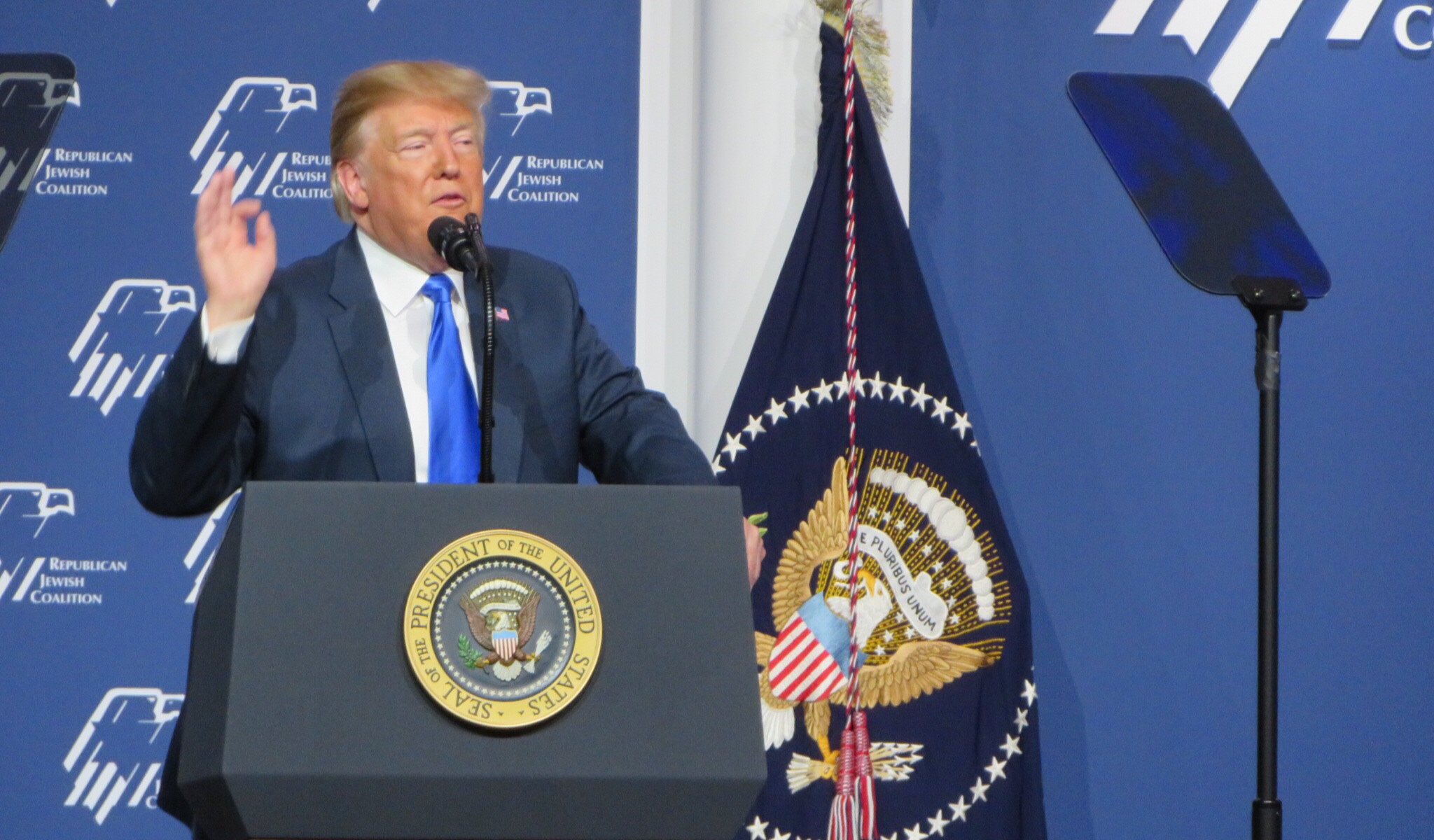 LAS VEGAS (JTA) — President Donald Trump said the Israeli election would be “close” and said both leading candidates, Prime Minister Benjamin Netanyahu and Benny Gantz, the leader of the Blue and White Party, were “good people.”

Trump, speaking Saturday to the Republican Jewish Coalition’s annual conference, was describing how Netanyahu was at his side when Trump recognized Israeli sovereignty over the Golan Heights, when he stopped himself, asking the crowd, “How’s the race going, by the way? Who’s going to win the race? Tell me, I don’t know”

He was referring to the elections Tuesday in Israel. The crowd shouted, “Bibi,” Netanyahu’s nickname.

Trump has been seen as favoring Netanyahu in the election, because of the Golan recognition, a visit by Secretary of State Mike Pompeo two weeks before the election, and the decision to delay the release of a U.S. peace plan that could include hard compromises for Israel.