Trump says he tested positive for COVID-19. Jared Kushner and Ivanka Trump traveled with the president but tested negative. 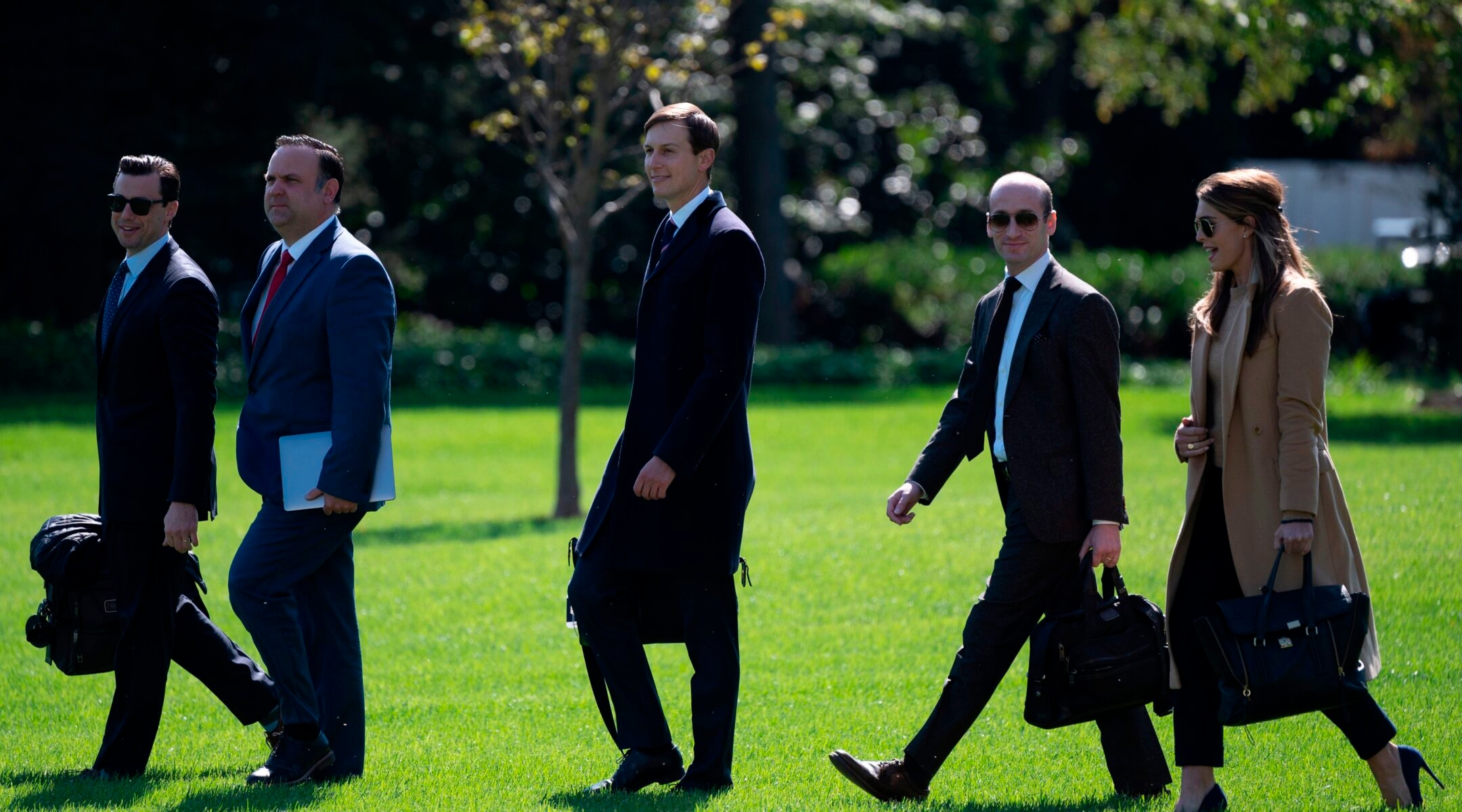 (JTA) — President Donald Trump announced early Friday morning that both he and first lady Melania Trump had tested positive for COVID-19 and would begin quarantining.

Both his Jewish daughter and son-in-law, Ivanka Trump and Jared Kushner, a top White House adviser, tested negative on Friday, White House spokeswoman Carolina Hurley said. The couple, who have been traveling with the president, have taken leading roles in Trump’s reelection campaign.

Sources said that Trump was suffering “mild” symptoms, the media reported. His announcement — coming just weeks ahead of the presidential election — came hours after news broke that Trump adviser Hope Hicks had tested positive. She began to show symptoms Wednesday while traveling with Trump to a rally in Minnesota.

People with COVID-19 can transmit the disease before showing symptoms and may actually be most contagious during that time, according to researchers. That would put anyone who was in contact with Hicks or Trump earlier this week at risk. People who test negative immediately after a known exposure are advised to quarantine nonetheless, as the disease’s incubation period is wide-ranging.

Kushner also traveled to the Minnesota rally; he and Hicks also flew that day on Marine One with Stephen Miller, another Jewish senior advisor. Photographs show none of them wearing a mask. There was no word on whether Miller had tested positive. Miller’s wife earlier this year had the virus. Another Jewish adviser, Avi Berkowitz, an architect of the recent normalization accords between Israel and the United Arab Emirates and Bahrain, tested negative, a senior administration official told JTA.

On Tuesday, Ivanka Trump was among the Trump family members in the audience at the presidential debate in Cleveland. According to media reports, she wore a mask when entering and exiting the auditorium but not during the debate.

Trump attended a fundraiser at his golf club in Bedminster, New Jersey, where 30-50 top GOP donors attended. One of the donors, Richard Roberts, a retired pharmaceutical executive who is a major giver to Orthodox Jewish causes, told the Asbury Park Press that the guests were not socially distanced and did not wear masks, but also sat at a considerable distance from Trump.

New Jersey Gov. Phil Murphy, a Democrat, advised the guests to self-quarantine and get tested.

Trump’s announcement raised questions about whether Democratic challenger Joe Biden, the former vice president who is running ahead in the polls, could have been put at risk during the debate, although the opponents stood more than 6 feet apart throughout the hour-and-a-half event. Later Friday morning, Biden’s campaign announced that he and his wife tested negative.

It also comes after Trump faced criticism for his behavior during the debate, which included not condemning white supremacists when invited to do so, and amid ongoing criticism about his handling of the coronavirus pandemic, which so far has killed more than 200,000 Americans.