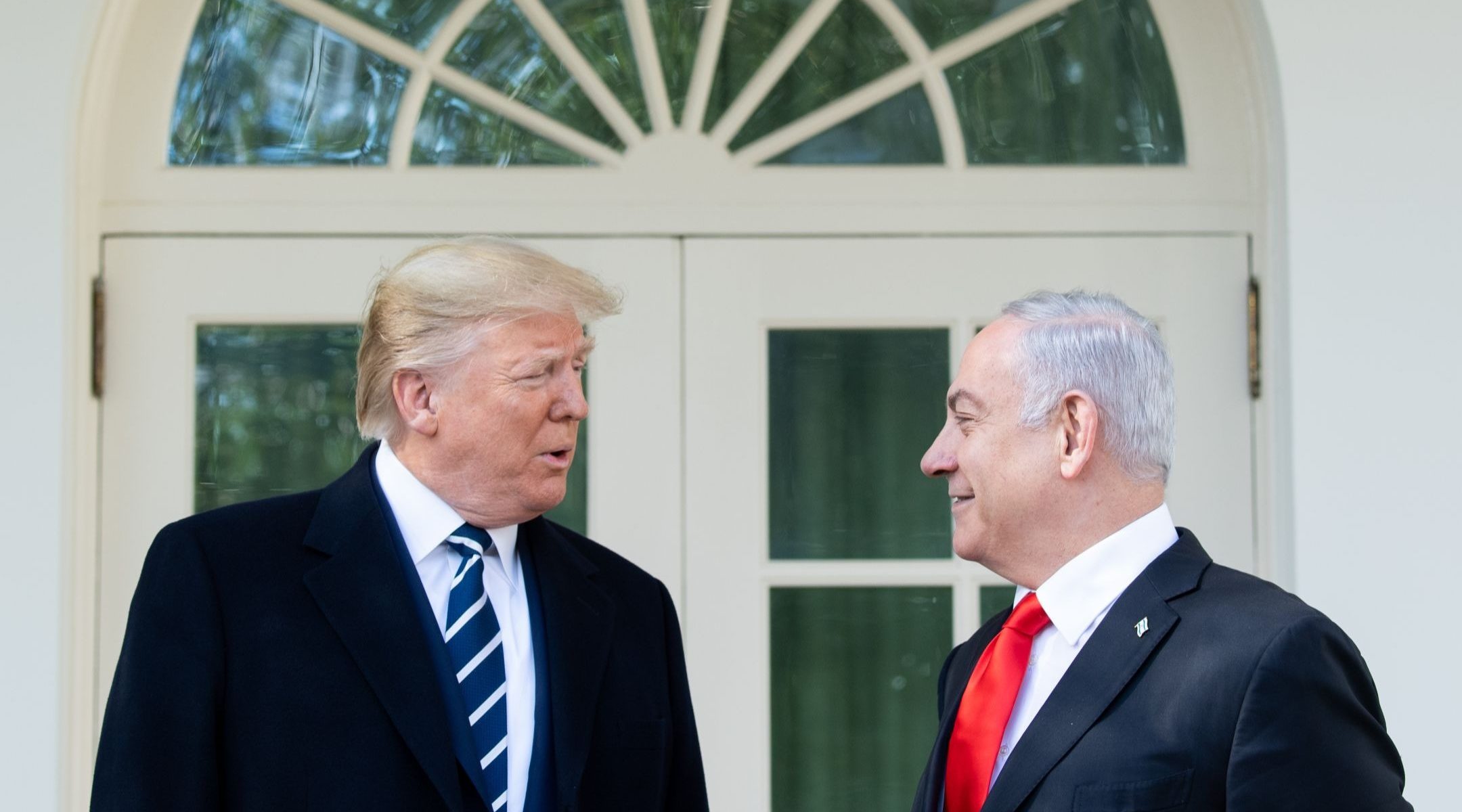 US President Donald Trump and Israeli Prime Minister Benjamin Netanyahu (R) speak to the press on the West Wing Colonnade prior to meetings at the White House in Washington, DC, January 27, 2020. (SAUL LOEB/AFP via Getty Images)
Advertisement

Trump announced the date and time of the release on Monday during a photo-op with Israeli Prime Minister Benjamin Netanyahu at the White House.

“We’re going to be announcing a plan tomorrow at 12 o’clock and that’s a plan that Bibi and his opponent I must say happen to like very much,” Trump said.

Benny Gantz, the leader of the opposition Blue and White Party, is also in Washington to discuss the peace plan. Trump’s remarks Monday were his first confirmation that the plan would be publicly released.

Trump appeared to link the plan to a broader regional strategy, something Israel has long rejected. But during the photo-op, Netanyahu did not object.

“We’re relatively close but we have to get other people to agree with it also,” Trump added, in an apparent reference to the Palestinians and other regional actors.

Palestinians backed out of peace talks in 2017 after Trump recognized Jerusalem as Israel’s capital. Some Arab leaders — particularly King Abdullah of Jordan — have expressed concern that the plan would allow Israel to annex parts of the West Bank.

Two of the most pro-Israel Democrats in Congress, Rep. Eliot Engel of New York and Sen. Robert Menendez of New Jersey, issued a statement Monday warning against a deal that would allow unilateral steps, an apparent reference to reports that the plan will allow annexation.

“Unilateral actions do not contribute to a sustainable peace and would not serve U.S. interests,” said Engel, the chairman of the House Foreign Affairs Committee, and Menendez, the top Democrat on the Senate Foreign Relations Committee.