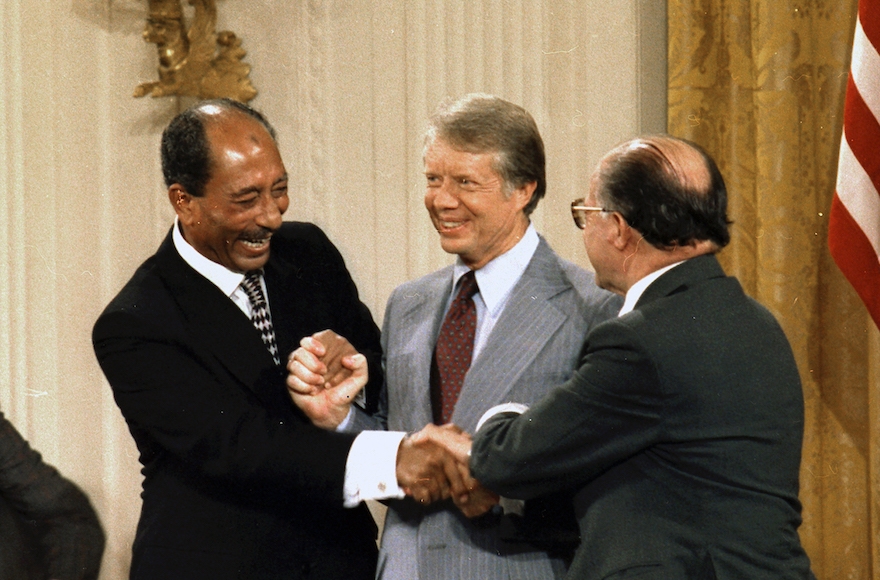 The medal, the highest civilian honor bestowed by Congress, would be conferred next year, the 40th anniversary of the Camp David accords. This year is the centenary of the late Egyptian president’s birth. Trump signed the legislation on Dec. 13.

A Congressional medal requires the sponsorship of two-thirds of lawmakers in of both chambers, which was secured by Sen. Ben Cardin, D-Md., and Sen. Orrin Hatch, R-Utah in the Senate and Reps. Grace Meng, D-N.Y., and Chris Stewart, R-Utah, in the House.

The bid to confer the medal was promoted by The Friedlander Group, a New York-based publicity and lobbying firm with a focus on Jewish issues. Backing the bid outside Congress were Shafik Gabr, an Egyptian industrialist; Isaac Dabah, an Israeli clothing tycoon who operates plants in Egypt; and Tzili Charney, the widow of Leon Charney, a major pro-Israel philanthropist who was a longtime friend of Ezer Weizman, the Israel defense minister at the time, and who advised some of the negotiators at Camp David.