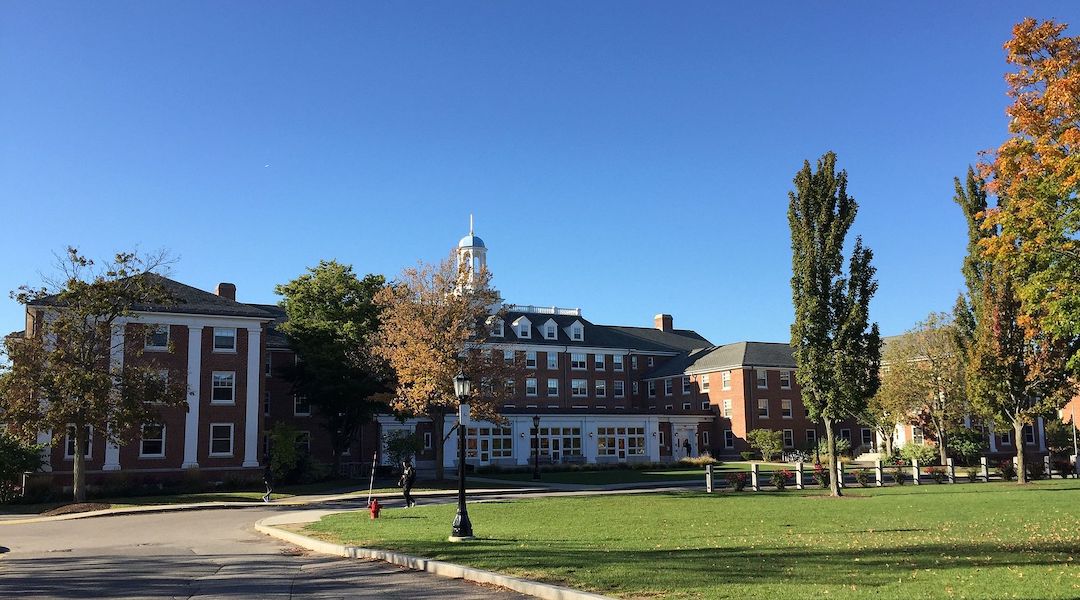 A view of Carmichael Hall on the Tufts University campus. (Wikimedia Commons)
Advertisement

(JTA) — The president of Tufts University said he disapproved of an award given by the Boston-area school to a pro-Palestinian group that  supports the Israel boycott movement.

In a statement Thursday, Anthony Monaco said he would be “reviewing the awards process” and that no university leadership had been involved in the decision to recognize Students for Justice in Palestine. The Collaboration Award was through the Office for Campus Life.

“We as senior leaders take responsibility for this outcome, which should not have happened, and recognize that the award has caused a great deal of pain and concern for Jewish members of our community and others who share concerns about SJP’s policy positions, particularly in light of rising anti-Semitism in the U.S. and around the world,” Monaco said.

According to Hillel International’s guide to Jewish life on college campuses, 19% of undergraduate students at Tufts are Jewish.

Jonathan Greenblatt, CEO of the Anti-Defamation League and a Tufts alumnus, thanked Monaco in a tweet.

“We appreciate the leadership from @MonacoAnthony & @Tufts here,” Greenblatt said. “It’s ironic for SJP to win an award for collaboration when they routinely alienate Jewish students and others who don’t submit to their rigid worldview and regularly foster #antisemitism.”

We appreciate the leadership from @MonacoAnthony & @Tufts here. It's ironic for SJP to win an award for collaboration when they routinely alienate Jewish students and others who don't submit to their rigid worldview and regularly foster #antisemitism. https://t.co/ICO1gf4mba

A similar situation unfolded last year at New York University when its Students for Justice in Palestine group was awarded the Presidential Service honor. NYU President Andrew Hamilton skipped the award ceremony and called the group’s behavior “divisive,” saying he would not have chosen the group for the award had he been involved in the decision.