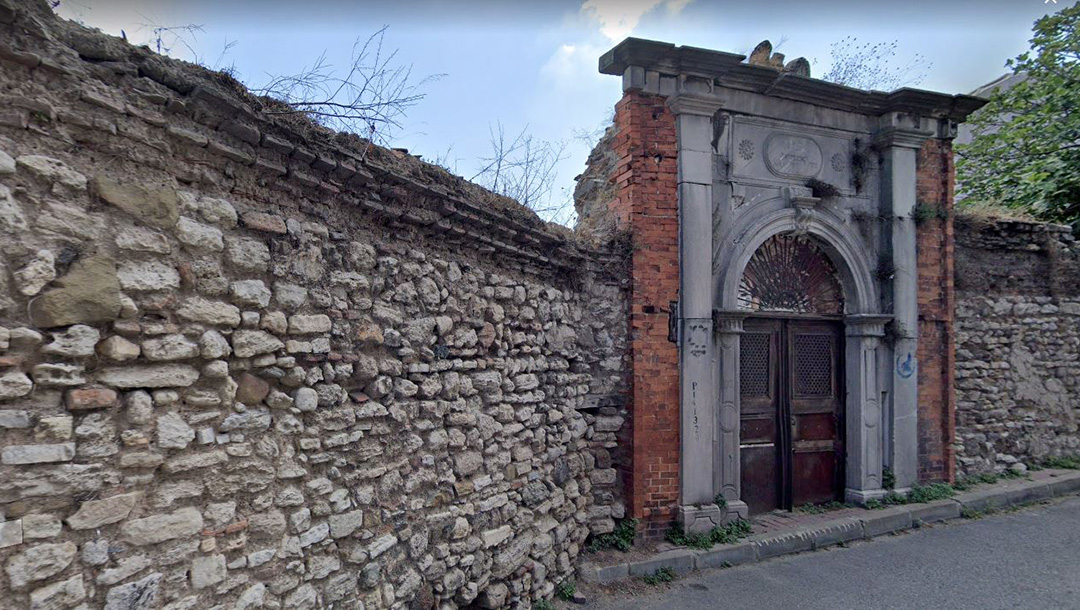 The entrance to the former Kasturya Synagogue in Istanbul, Turkey. (Google)
Advertisement

(JTA) — The remnants of an abandoned synagogue in Istanbul caught fire in what police say may have been arson.

The report about the suspected arson involves the former Kasturya Synagogue. Its gate is a registered archaeological site and is undergoing renovations. Wooden boards encasing the gate’s stone surface caught fire on March 19 in the suspected arson, the Salom Jewish paper reported.

Police and firefighters are investigating.

The Kasturya Synagogue was demolished in 1937.

In 1970, Turkey had 39,000 people who self-identified as Jewish. But the community has shrunk by more than 60% due to emigration and assimilation, arriving at its current number of 15,000 today, according to a 2020 demographic survey of Jewish populations in Europe.

Editor’s note: A previous version of this article contained a reference to a report in the mainstream media in Turkey about the seizure of an ancient Torah scroll in the city of Samsun. The Jewish Telegraphic Agency has removed that information pending further investigation.