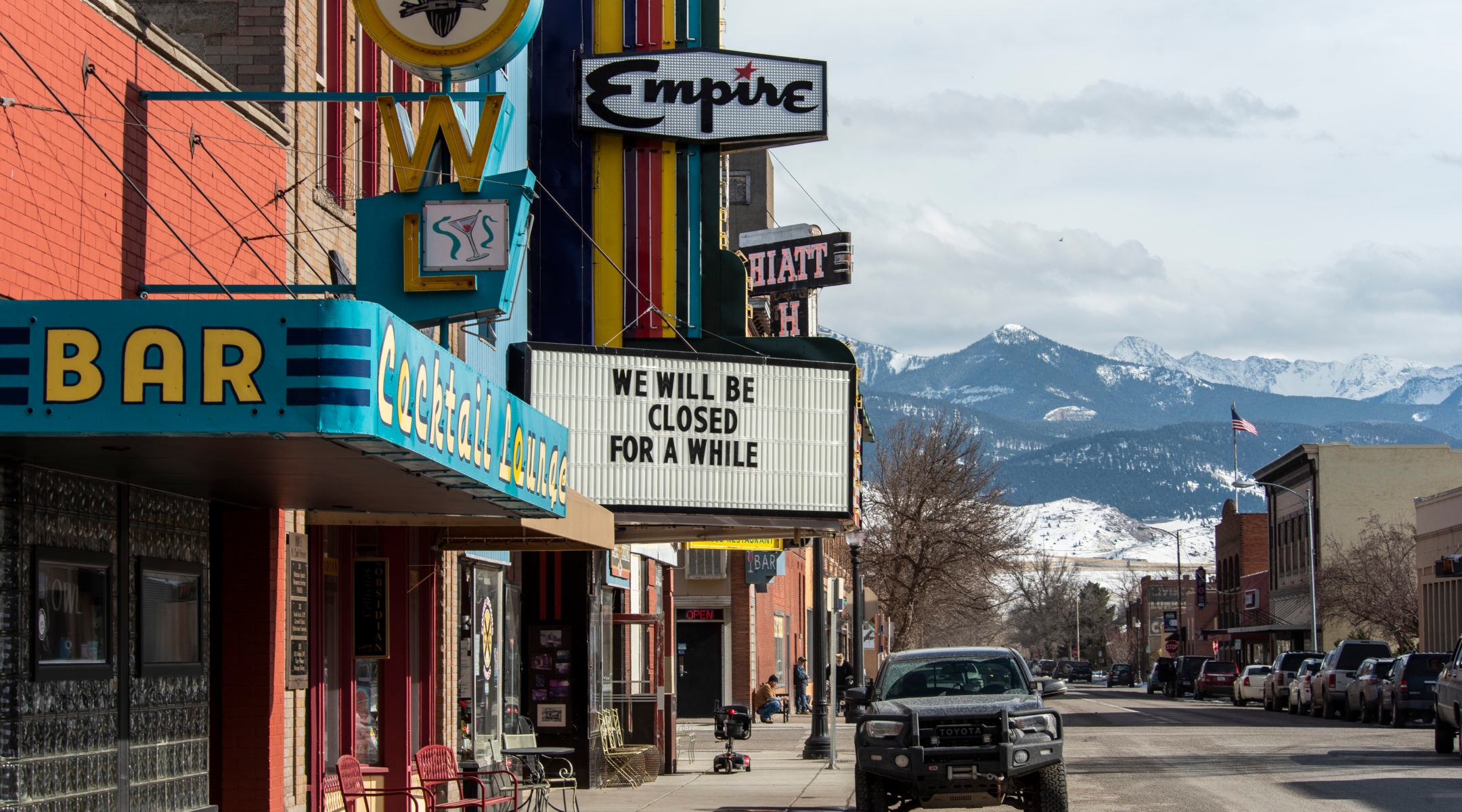 Livingston, Montana, seen here on March 30, 2020, was still under a stay-at-home order when anti-Semitic flyers were discovered in the town. (Photo by William Campbell-Corbis via Getty Images)
Advertisement

(JTA) — Two flyers described by local media as anti-Semitic were placed in front of homes and on cars in a small southwestern Montana city.

One of the flyers discovered on Wednesday morning in Livingston read “With Jews You Lose,” and shows a declining line graph representing the “value of a $1 federal reserve note in 1913 dollars,” the Livingston Enterprise reported.

That flyer lists the website of a group called The Brother Nathanael Foundation, which is based in Priest River, Idaho, and is listed as a “General Hate” group by the Southern Poverty Law Center, which monitors hate groups.

A second flyer featured a photo of the late John F. Kennedy and included an anti-Semitic quote falsely attributed to him, according to the newspaper. The flyers also referenced Israel, the Federal Reserve and kicking secret societies and Zionists out of the country, Livingston Police Chief Dale Johnson told the Enterprise.

At least one of the people who found a flyer outside their homes was Jewish, according to the paper. Livingston has a few dozen Jewish residents among its population of roughly 7,000.

The flyers were left even as Montanans are under a stay-at-home order because of the coronavirus pandemic. People who monitor anti-Semitism say graffiti and vandalism have not risen during the pandemic but that those incidents may have a deeper impact on local communities at a time when people are already fearful and isolated. An even greater worry, they said, is that online organizing among white supremacists could result in escalating anti-Semitic activity in the future.