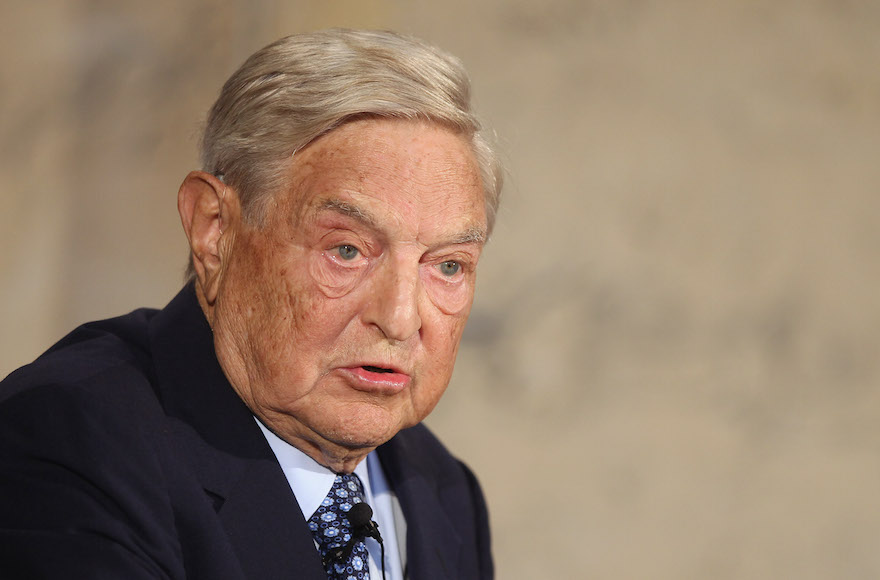 (JTA) — The head of the U.S. government broadcasting agency has apologized to George Soros and his Open Society Foundations for airing a segment that referred to Soros as a “multimillionaire Jew” who was “the architect of the financial collapse of 2008.”

In letters sent earlier this month, John F. Lansing, chief executive and director of the U.S. Agency for Global Media, offered his personal apologies for the report on Radio Television Marti, which broadcasts news to Cuba to promote American foreign policy interests. The report was aired in May.

Lansing said in the letter that the report had “made several false and negative assertions” about the billionaire philanthropist and had furthered “age-old tropes against the Jewish community,” The Washington Post, which obtained a copy of the  letter, reported.

“It was based on extremely poor and unprofessional journalism, and it was utterly offensive in its anti-Semitism and clear bias,” Lansing wrote in the letter to Soros. “I take this breach in our fundamental obligation to provide accurate, balanced, and objective reporting very seriously.”

The program was presented as part of the TV Marti newscast and introduced by the anchor with the phrase “George Soros, the multimillionaire Jew of Hungarian origin …”  It also calls him “a non-believing Jew of flexible morals.” The conservative organization Judicial Watch, an outspoken critic of Soros, was the only source for the 15-minute video segment.

U.S. Agency for Global Media did not say who ordered the report, according to the Post. Lansing said in both letters that in the wake of the report he has  launched an internal investigation, placed the employees involved on leave, instituted audits of all Office of Cuba Broadcasting content, and ordered the hiring of a “standards and practices” editor as well as a refresher class on ethics for its journalists.

“I am committed to repairing our relationship with you and with the Open Society Foundations, and I am open to any and all further communications,” he said in the letter to Soros.

Soros, a Holocaust survivor and philanthropist who funds liberal and pro-democracy causes, has been a frequent target of the far right in the United States and abroad, who often invoke anti-Semitic tropes to exaggerate his influence in politics and economic affairs.