UCLA opens center for music of the ‘American Jewish experience’ 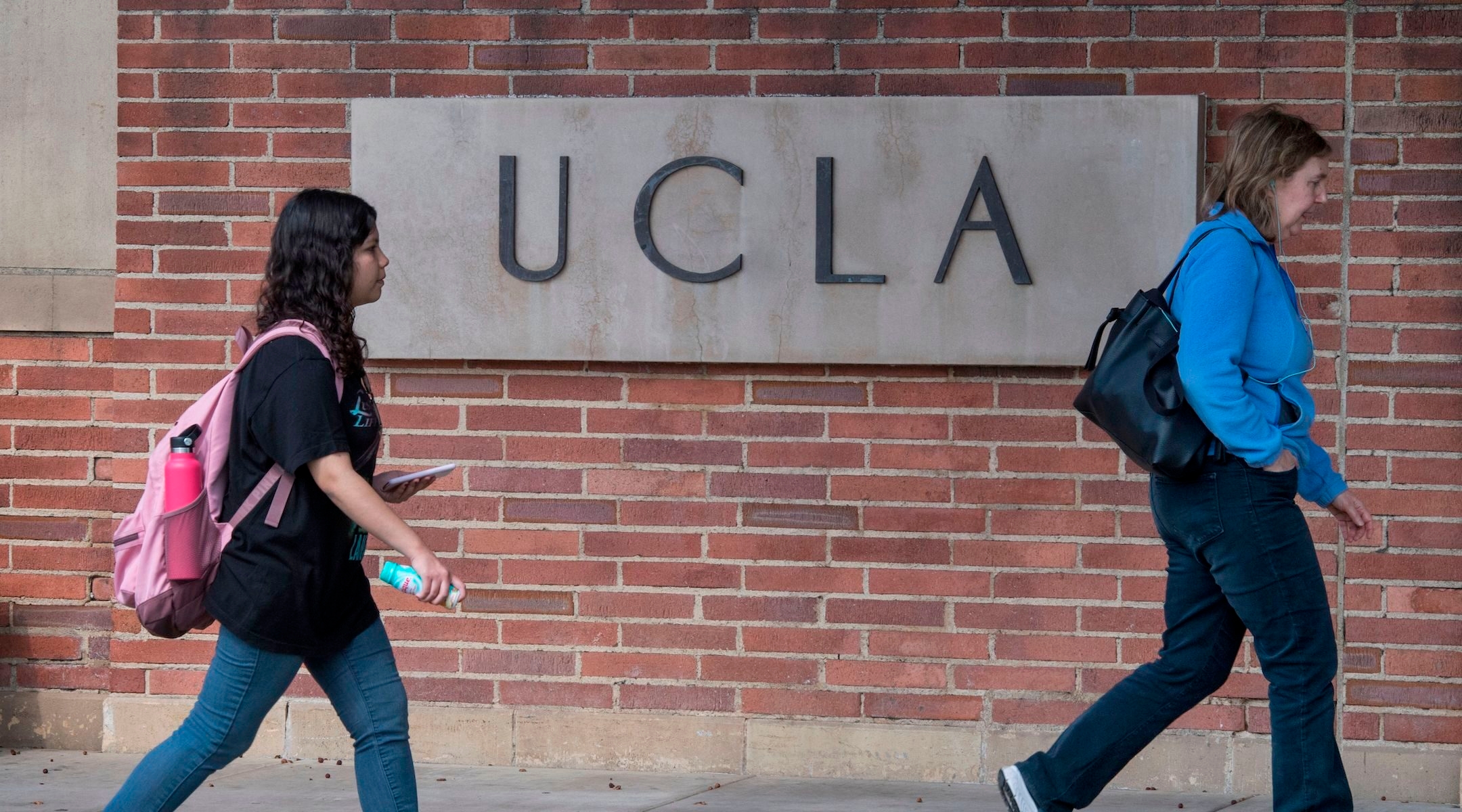 LOS ANGELES (JTA) — UCLA has opened a center to explore the history of Jewish music in America with an eye toward breaking ground.

The Lowell Milken Center for Music of American Jewish Experience was backed by a $6.75 million endowment by the Milken Family Foundation.

The center, which opened last month, aims to “become a national leader in the exploration of Jewish music,” Milken told the Jewish Telegraphic Agency.

While a number of departments at American universities focus either on the academic study of music or prepare future performers, the  center will be the first to combine both functions, said Marc Kligman, its director.

The Milken center is part of the university’s Herb Alpert School of Music.

Milken, a Jewish-American businessman and major philanthropist, had founded the Milken Archive of Jewish American Music. The archive holds more than 600 recordings, 200 oral histories and 50 albums documenting the Jewish contribution to American music, from the liturgical chants of Sephardic immigrants during the colonial era, through the hits of the Yiddish stage and to the jazz, blues and rock eras.

Milken’s father implanted in his son a lifelong affection for music, starting when the boy was 5 years old with a devotion to jazz. Unlike most of his young Jewish schoolmates, Milken said, he loved going to synagogue to listen to the cantorial chants.

So what is Jewish music?

Kligman says it “shows the vitality and vibrancy of Jewish life and represents a new way to explore American Jewry through its music.”

Notably, not included in the Milken archive’s definition of “Jewish music” are the many popular Christmas songs composed by Jewish talent, from Irving Berlin’s “I am Dreaming of a White Christmas” to Mel Torme’s “Chestnuts Roasting on an Open Fire.” Also absent from the “Jewish music” category are the compositions of George Gershwin, arguably the most popular Jewish-American composer, whose works are classified under “popular music.”