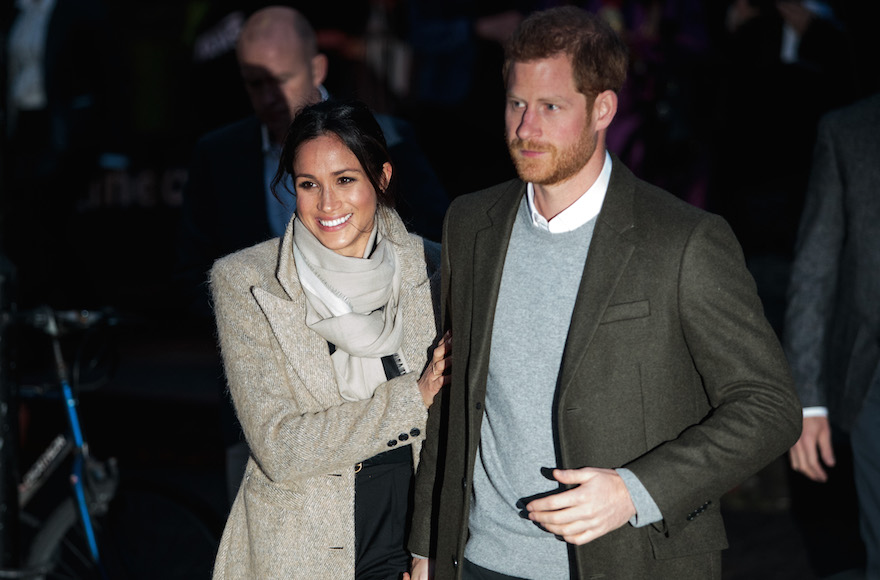 (JTA) — An interfaith cooking project by British Jews and Muslims is set to receive $13,700 originating from a donation by Meghan Markle, the American actress who married into the U.K. royal family.

Markle, who holds the title of Duchess of Sussex, donated the money to Himmah, Arabic for “divine determination,” whose website describes the charity as devoted to relieving poverty.

According to a report Monday in The National News, Himmah intends to allocate some of Markle’s donation to Salaam Shalom Kitchen Nottingham, another organization whose website describes it as “a joint Muslim/Jewish project founded on the belief that working together across communities and perceived boundaries helps build community cohesion and break down barriers.”

The donation is from proceeds of Markle’s 2018 book “Together: Our Community Cookbook,” raised by The Royal Foundation.

Markle, whose mother is Black, and Prince Harry married in 2018. They left the United Kingdom in 2020 amid reports that Markle was having difficulties adjusting to life there. Earlier this month they gave an interview to Oprah Winfrey in which Markle seemed to suggest that part of the problem was racist attitudes toward her and her son, Archie, by unnamed members of the royal family.

A spokesperson for the royal family said the family does not have a racial bias problem.