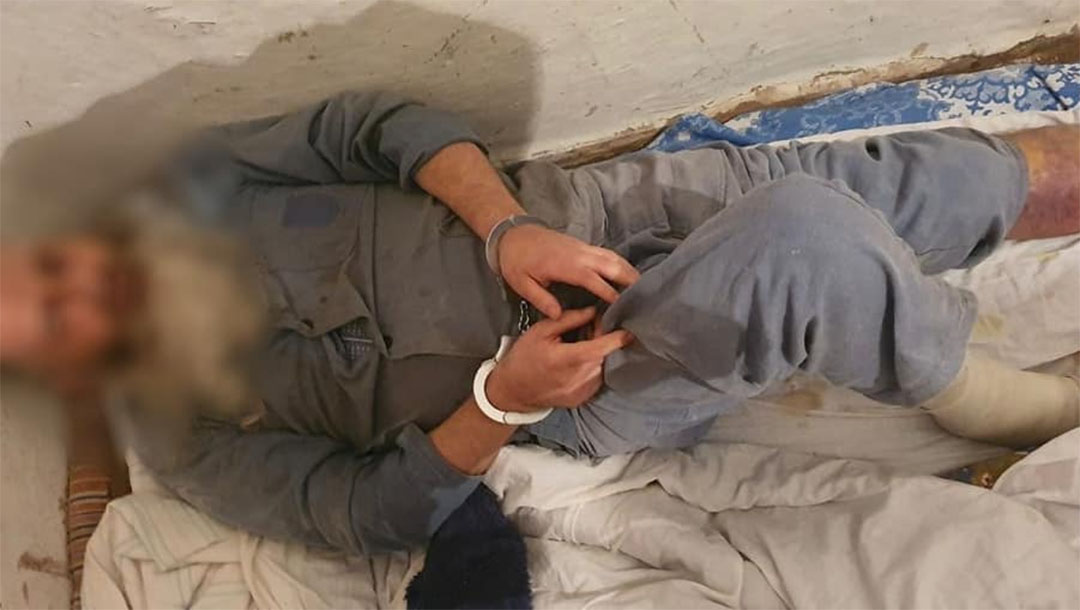 A member of the Jewish community of the Brodsky Synagogue in Kyiv, Ukraine, shortly after his rescue by police in August 28, 2020. (Courtesy of Ukraine National Police)
Advertisement

(JTA) — Ukrainian police freed a Jewish man held for a week in captivity, the United Jewish Community of Ukraine announced Tuesday on its website.

A gang of criminals allegedly led by a former Ukrainian secret service officer abducted a Jewish man outside his synagogue in Kyiv on Aug. 21 and held him for ransom. The man, who was seized outside the Brodsky Synagogue, was not identified.

Abductors working for the victim’s former business partner reportedly lured him outside the synagogue under a false pretense, forced him into a vehicle and drove off to a secluded cabin belonging to the grandmother of one of the conspirators, the report said. Before they got there, the man tried to escape, jumping from a height of about 15 feet and breaking both legs.

Police were able to retrace the man’s steps and rescue him after his wife reported him missing. They studied multiple security cameras to reconstruct the kidnappers’ itinerary while investigating the dispute with the former partner, who has been arrested along with six other alleged co-conspirators, the report said.

Interior Minister Arsen Avakov put together a team of researchers who worked through the weekend of Aug. 21, said Girorgy Logvisky, a member of the Brodsky congregation, who helped police find the victim.