Ukraine synagogue where Menachem Begin was married gets Torah scroll 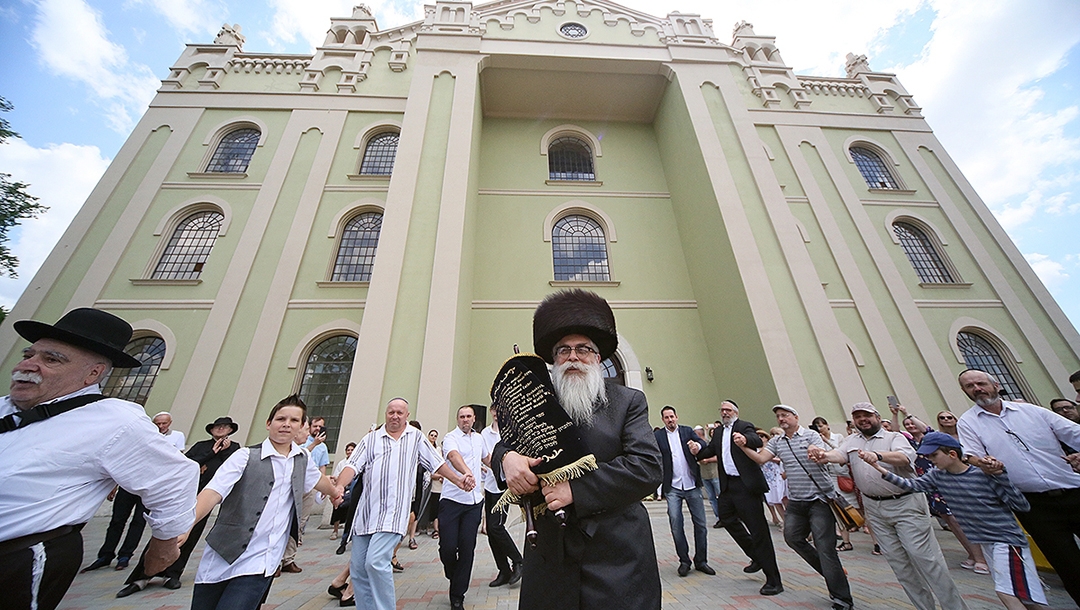 Leaders of Ukrainian Jewry gathered Wednesday at the Choral Synagogue in the western city of Drohobych to celebrate the introduction of the scroll in a ceremony featuring songs, dances and speeches.

Completed in 1865, the synagogue inspired by the Rundbogenstil school was among the region’s most impressive. It became abandoned in the Holocaust, when most of the region’s Jews were murdered by the Nazis. It was a furniture warehouse during communist times.

Begin, and his wife, Aliza, were married at the synagogue in 1939. Among the guests was Ze’ev Jabotinsky, the leader of Revisionist Zionists and mentor to Begin, who would go on to become Israel’s sixth prime minister.

The synagogue is depicted in the famous painting by Maurycy Gottlieb, “Jews Praying in the Synagogue on Yom Kippur,” which is now at the Tel Aviv Museum of Art. Gottlieb was born in 1856 in Drohobych, then part of the Austrian Empire.

It later became part of Poland, was occupied by the Germans, incorporated into the Soviet Union before becoming part of Ukraine.