Ukraine to let in vaccinated Israeli pilgrims for Rosh Hashanah 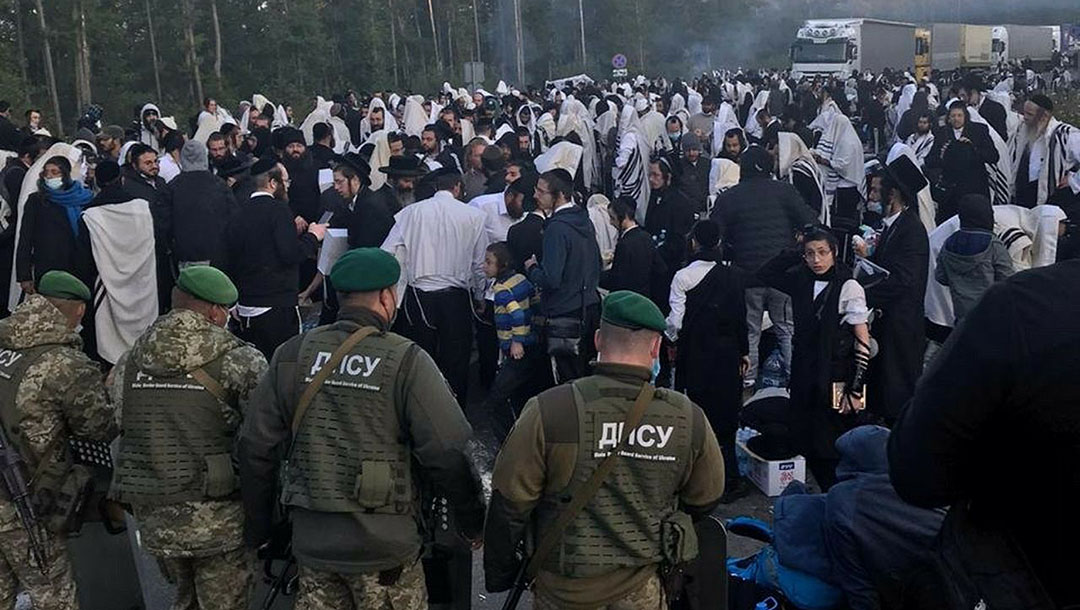 Belarusian soldiers guard the border to Ukraine against hundreds of Jewish pilgrims on Sept. 15, 2020. (Courtey of Shahar Eliyahu)
Advertisement

(JTA) — Ukraine will let in vaccinated pilgrims from Israel for Rosh Hashanah amid negotiations on Israeli deliveries of COVID-19 vaccines to Ukraine, that country’s interior ministry said.

Arsen Avakov made the statement Friday following a telephone conversation with his Israeli counterpart Aryeh Deri.

Last year, thousands of pilgrims in Israel protested being prevented from visiting the grave site of Rabbi Nachman, founder of the Breslov Hassidic sect, in the Ukrainian city of Uman due to the pandemic. Some were stranded in Belarus and Moldova for days.

Many of the pilgrims are voters of Shas, the Sephardic Orthodox party of Deri. It’s been a key coalition partner of Israeli Prime Minister Benjamin Netanyahu’s Likud party. Israel will have a general election on Tuesday.

Ukrainian President Vlodymyr Zelensky, an actor who won a landslide victory in 2019, has been slipping in polls as the pandemic hurt Ukraine’s already-ailing economy. His Servant of the People party failed to win in any of Ukraine’s large cities during last year’s mayoral elections.

In the statement about Ukraine allowing in vaccinated pilgrims, Avakov’s office wrote that “the key condition for the implementation of this large-scale measure will be the normalization of the epidemiological situation in Ukraine and the preliminary vaccination of newcomers.”

He and Deri “discussed the possibility of assistance from the Israeli side in overcoming the next wave of diseases in Ukraine by supplying a batch of vaccines from Israel, where the vaccination campaign was successful,” the statement said.