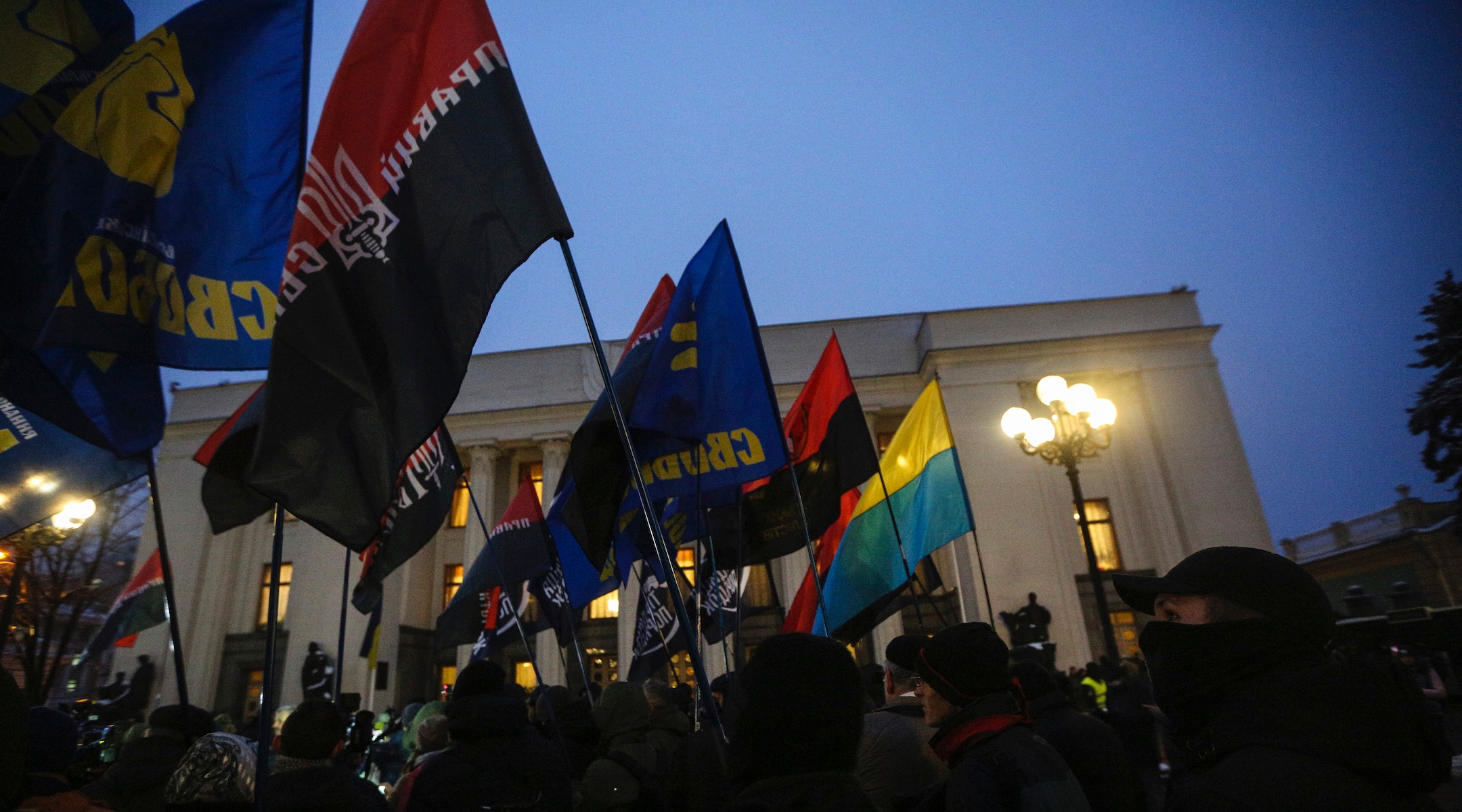 Members and supporters of the nationalistic parties in Ukraine rally in front of the parliament in Kyiv, Nov. 26, 2018. (Sergii Kharchenko/NurPhoto via Getty Images)
Advertisement

(JTA) — A far-right nationalist movement won a defamation lawsuit against a Ukrainian media outlet that had described it as “neo-Nazi,” sparking worries over the integrity of freedom of speech in the post-communist state.

A Kiev judge ordered the online outlet Hromadske to pay the C14 group $137 and publicize the ruling, which the news organization’s attorney called “mistaken and illegal, according to The Kyiv Post.

C14 is an extremist group that spun off from the anti-Semitic Svoboda party whose leader, Yevhen Karas, has listed Russians, Jews and Poles as enemies. C14 denies that it is a neo-Nazi organization, though its social media accounts have heavily featured white nationalist and Nazi symbolism. Its members also were involved in a series of attacks, described by some as pogroms, against members of Ukraine’s Roma minority.

Harlem Désir, the Organization for Security and Cooperation in Europe’s representative on freedom of the media, said he was “concerned” about the ruling, as it “goes against #mediafreedom and could discourage journalistic work.”