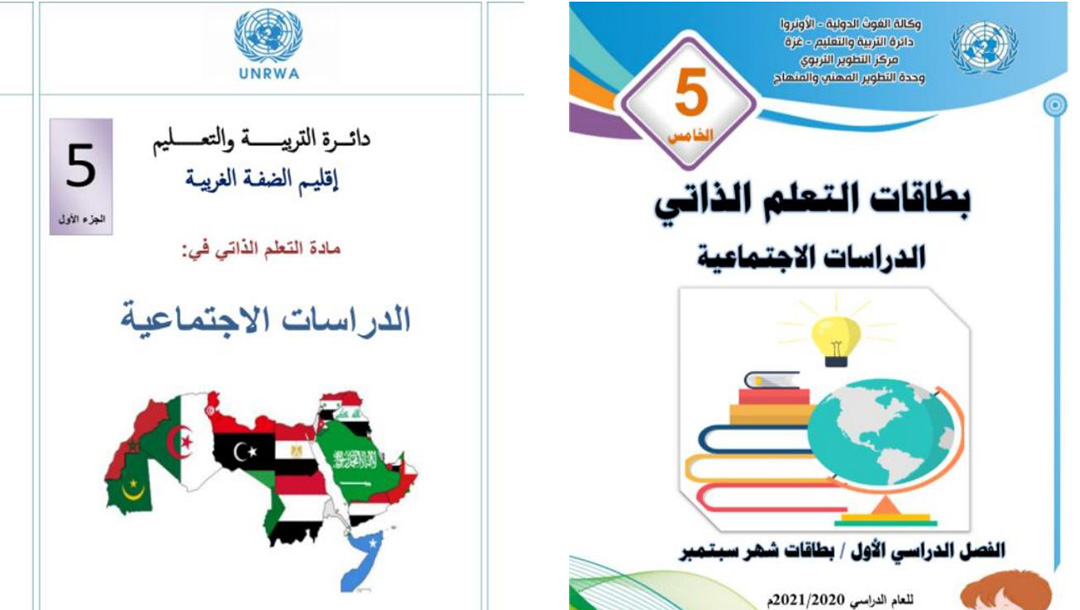 A flag map of the Middle East inside an UNRWA-produced textbook shows a blank space on Israel's territory. (IMPACT-se)
Advertisement

(JTA) — The United Nations aid agency for Palestinians said it is “taking steps” to address the glorification of “martyrs” and calls for “jihad” in books it handed out to students.

UNRWA made the statements Thursday following a report published a day earlier by the Jerusalem-based Institute for Monitoring Peace and Cultural Tolerance in School, or IMPACT-se, saying the books went to hundreds of thousands of students in the Palestinian Authority and Gaza. Many seem to be based on Palestinian Authority resources. Some mislabel Israel as “Palestine” or erase the country from maps of the Middle East.

One Arabic grammar booklet features phrases like “Jihad is one of the doors to Paradise.” Another reads that “The Palestinians are lions in fighting the enemies.” One book has a poem about how “a raging fire awaits the Occupation,” while another states that “The motherland is worthy of any kind of sacrifice” and “the Enemy [committed] heinous offences against … the mujahideen,” Arabic for anyone fighting a jihad, or holy war.

UNRWA spokeswoman Tamara Alrifai told the Jewish Telegraphic Agency that these and other texts were “not in line with U.N. values” and “mistakenly included” as the agency rushed to supply students teaching aids during the COVID-19 lockdown. Alrifai also said that UNRWA, the United Nations Relief and Works Agency for Palestine Refugees in the Near East, will shortly launch a “self-learning platform.”