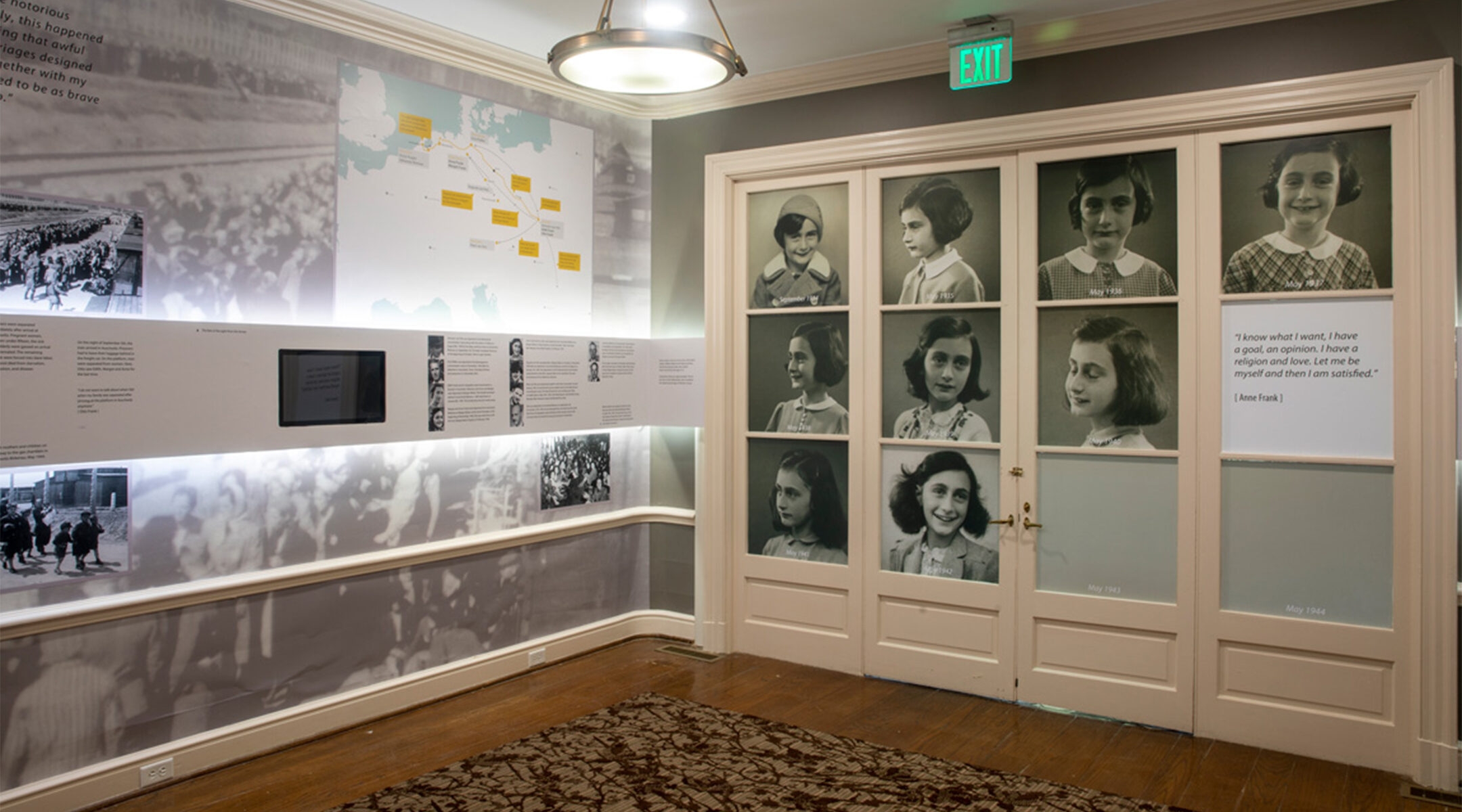 (JTA) — The University of South Carolina has announced the opening of a permanent exhibition on Anne Frank, complete with a reproduction of the desk where she wrote her diaries and in partnership with the museum in Amsterdam.

The Anne Frank Center is scheduled to launch in September on the Columbia campus with an exhibition and a learning program featuring photos, videos and artifacts, according to an item Tuesday on the CBS affiliate there. One room will reflect the famed diarist’s experiences living in hiding from the Nazis for two years in a secret annex in Amsterdam.

The Nazis caught Anne along with her parents and sister Margot in 1945 and deported them to concentration camps. Only her father, Otto, survived. He edited diaries and other writings by Anne and published them as “The Diary of a Young Girl,” and it became an international bestseller.

The house where the family hid is a museum that before the COVID-19 pandemic had received more than a million visitors annually. It is an official partner of the University of South Carolina, providing the university with educational material developed at the museum and some funding.

Columbia’s Anne Frank Center, where admissions will be free, also will reference racism in America and the South, including in the story of Emmett Till, a Black teenager who was lynched in Mississippi in 1955.

Separately, a statue of Anne Frank was unveiled in Edmonton, Canada. The Dutch Canadian Club, a group focused on Dutch immigrants to that country and their descendants, commissioned the statue that was unveiled Sunday in Light Horse Park in commemoration of Canada’s role in liberating the Netherlands from Nazi Germany, the Edmonton Journal reported.