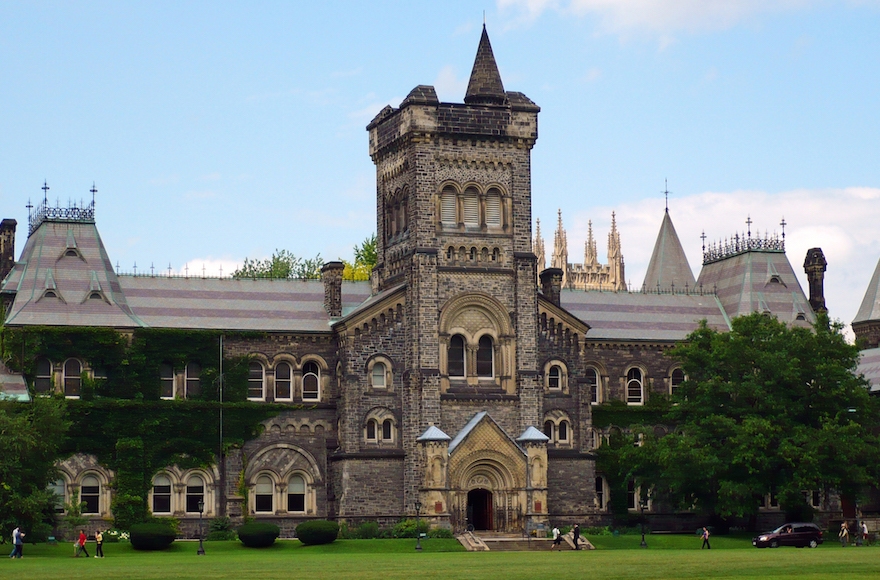 (JTA) — A speech by a Palestinian man accused of having significant ties to a terrorist organization was moved off the University of Toronto campus following protests by Jewish groups.

Issam Al-Yamani, who lives in Canada, is alleged by the Canadian government to have played a significant role in the Popular Front for the Liberation of Palestine and has been under a deportation order since 2006. He was to speak on Tuesday night.

But the groups hosting the event — Students Against Israeli Apartheid U of T St George, the Canadian Union of Public Employees 3902 Racialized Workers’ Caucus and U of T Divest — announced the night before that the address titled “Worker Solidarity, Israeli Apartheid and Struggle for Palestine” would be held at a venue off campus and not related to the university.

Al-Yamani spoke at a building belonging to a branch of the Canadian Union of Public Employees, which represents professors and teaching assistants at the university.

“We are surprised that a Canadian union representing public employees would agree to allow someone to speak at their office who is an accused terrorist, someone alleged to have been involved in terrorist operations that led to the death of children,” Avi Benlolo, president and CEO of the Friends of the Simon Wiesenthal Center, said in a statement.

The event invitation described Al-Yamani as a Palestinian activist and trade unionist.

His group and the Hasbara Fellowships Canada had called on the university not to allow the event to take place on campus.