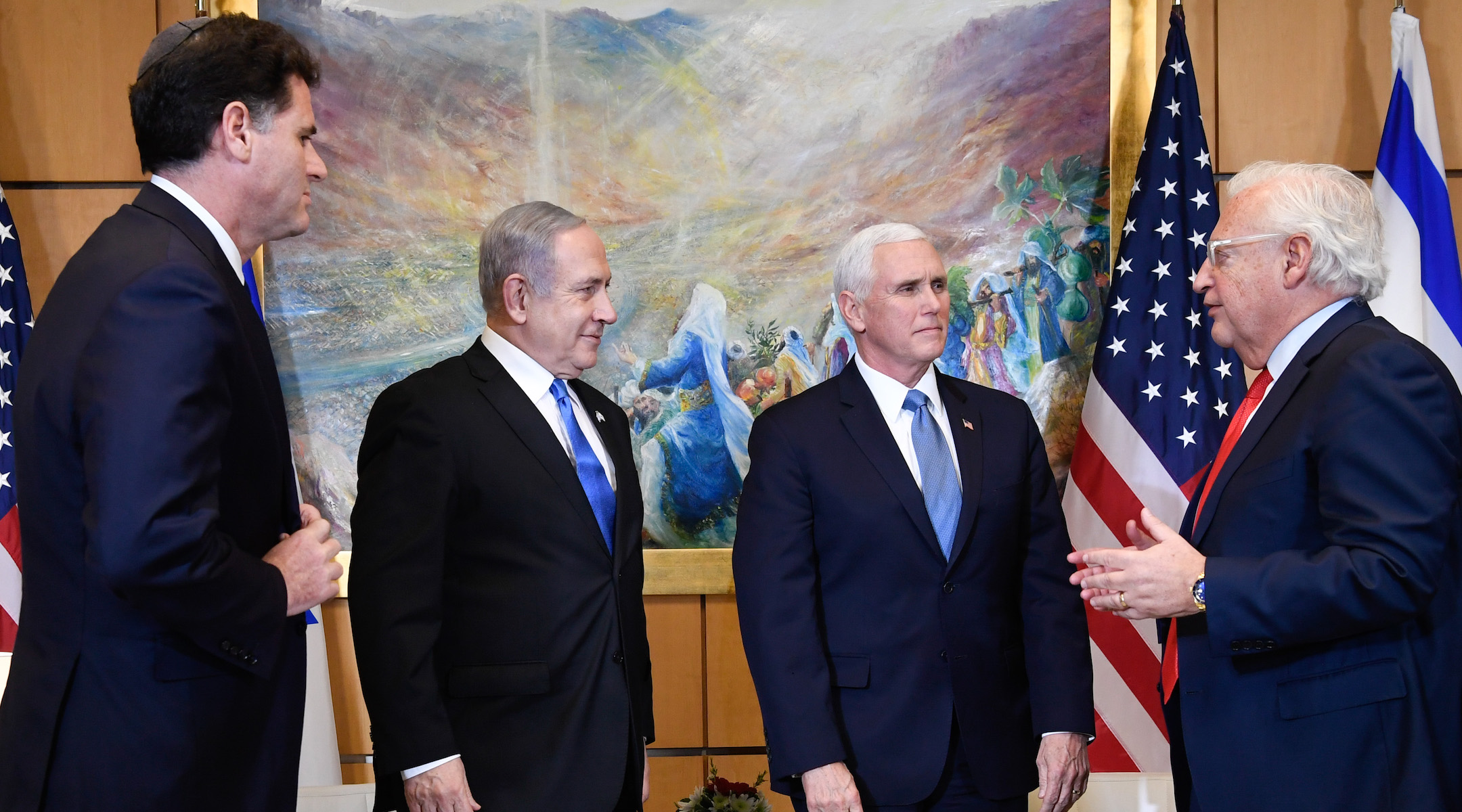 JERUSALEM (JTA) — U.S. Ambassador to Israel David Friedman will lead the joint U.S.-Israel committee that will map the areas where Israel will be allowed to apply sovereignty, according to an Israeli newspaper’s report.

The members of the committee were recently appointed. Along with Friedman, the U.S. members include his senior adviser, Aryeh Lightstone, and Scott Leith, director of Israeli and Palestinian affairs at the National Security Council, Israel Hayom reported late Saturday, citing an unnamed senior official in the Trump administration.

“We will complete the work as quickly as possible ,” Israeli Prime Minister Benjamin  Netanyahu said Sunday at the weekly Cabinet meeting, noting that it was already underway. “We are turning parts of the homeland in Judea and Samaria into part of the State of Israel forever.”

Friedman, a known supporter of Jewish settlements, had told reporters at the White House immediately after the Trump administration’s peace plan was announced that Israel could, in his view, “annex settlements at any time” and that the country “should not wait at all” to do so.

He began walking back those comments the following day, however, saying it is a “process that requires some effort,” and that Israel would first need to present detailed maps before the United States would approve such a move.

Under the plan, the United States would approve of Israel annexing about 30 percent of the West Bank, including all of the Jewish settlements and the Jordan Valley.