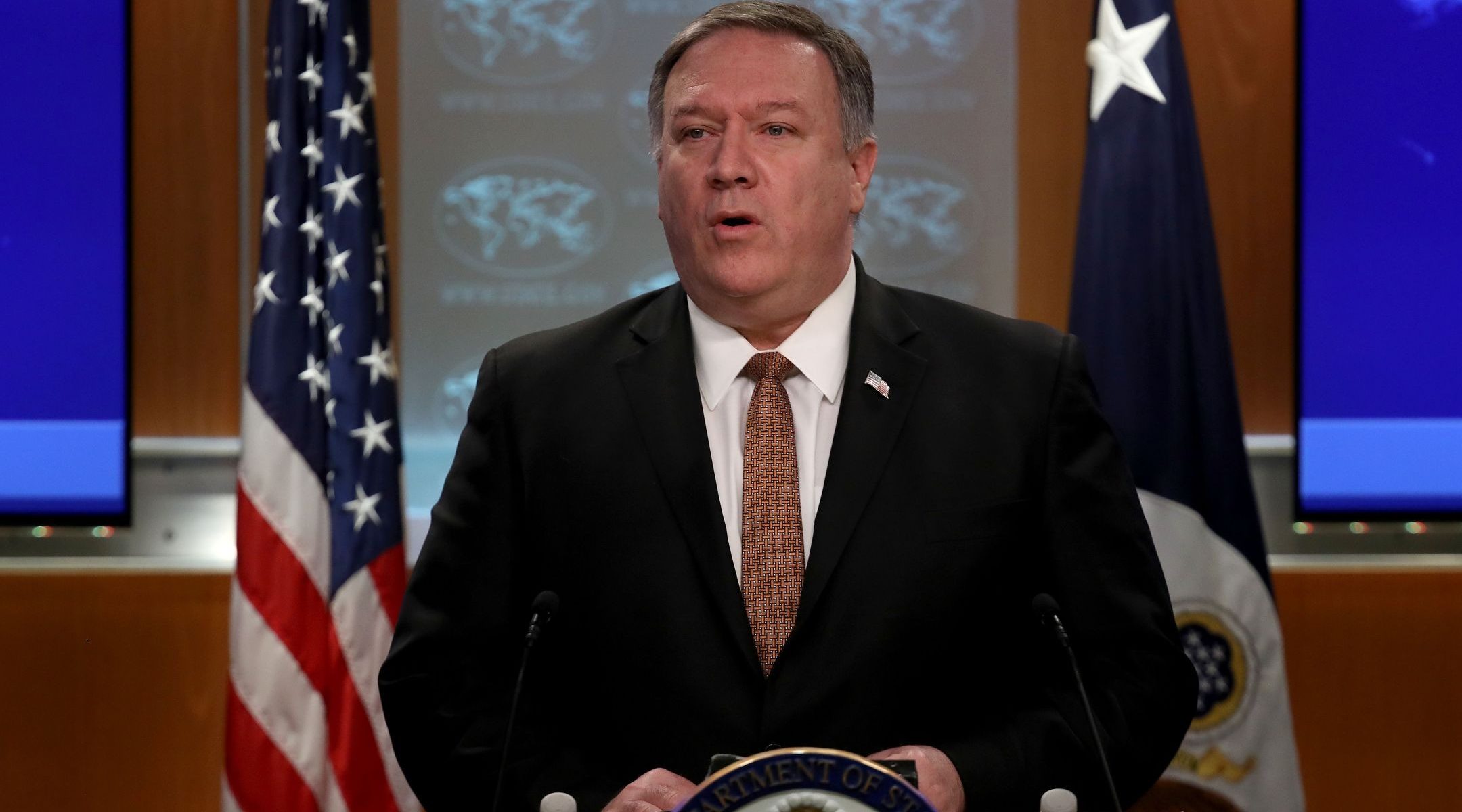 U.S. Secretary of State Mike Pompeo answers questions at the U.S. State Department after stating that sanctions will be imposed by the United States on any individuals involved in International Criminal Court proceedings against American army personnel, March 15, 2019. (Win McNamee/Getty Images)
Advertisement

The ban extended to ICC cases against “allied personnel, including Israelis.” Israel was the only country mentioned as an example in the statement.

Why it matters: The Palestinian Authority has asked the ICC to open investigations into alleged Israeli war crimes since 2014, when the Palestinian government joined the international body, for Israeli actions in Gaza, the West Bank and eastern Jerusalem. This U.S. State Department move is a sharp rebuke of that concept — especially since the statement specifically mentions Israel in its text.

Neither the United States or Israel are members of the ICC, but ICC officials may be subject to arrest when they visit member nations.