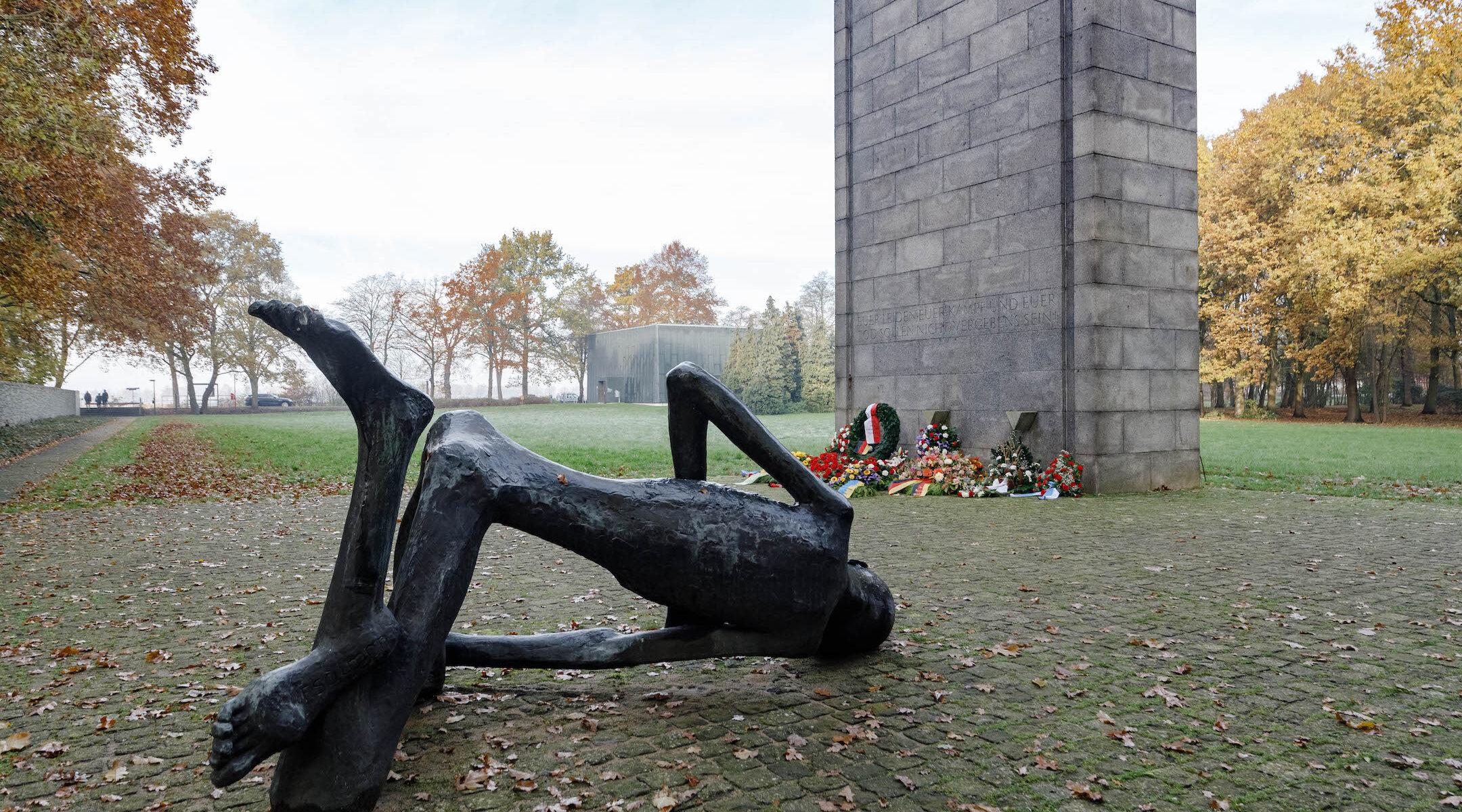 The sculpture "Le Deporté" by Françoise Salmon is seen on the site of the former concentration camp Neuengamme. (Markus Scholz/picture alliance via Getty Images)
Advertisement

(JTA) – A year after an immigration judge ordered him deported to Germany because of his work as a Nazi guard, Friedrich Karl Berger is back in his native country.

Berger, 95, served at a subcamp of the Neuengamme concentration camp system near Hamburg, where an immigration court in early 2020 found that Jews and others had been held in “atrocious” conditions. He entered the United States from Canada in 1959 and lived for many years in Tennessee, receiving a pension throughout from Germany for his military service.

Last year, a judge ordered Berger removed under a 1978 law, known as the Holtzman Amendment, that bars anyone who participated in Nazi-sponsored persecution from entering or living in the United States. An appeals board upheld the decision in November 2020.

“This case shows that the passage even of many decades will not deter the [U.S. Department of Justice] from pursuing justice on behalf of the victims of Nazi crimes,” Acting Attorney General Monty Wilkinson said in a statement.

Berger’s deportation comes as the window closes to prosecute individual perpetrators of the Holocaust. He was 19 when he was assigned to guard prisoners shortly before the camp was liberated by Allied forces. Earlier this month, Germany announced that it would try a 95-year-old woman who, also at 19, had served as the secretary to a concentration camp commander for her role in the murder of 10,000 Jews.