House Democratic and Republican leaders, in Jerusalem, say Tlaib and Omar should be allowed to visit Israel 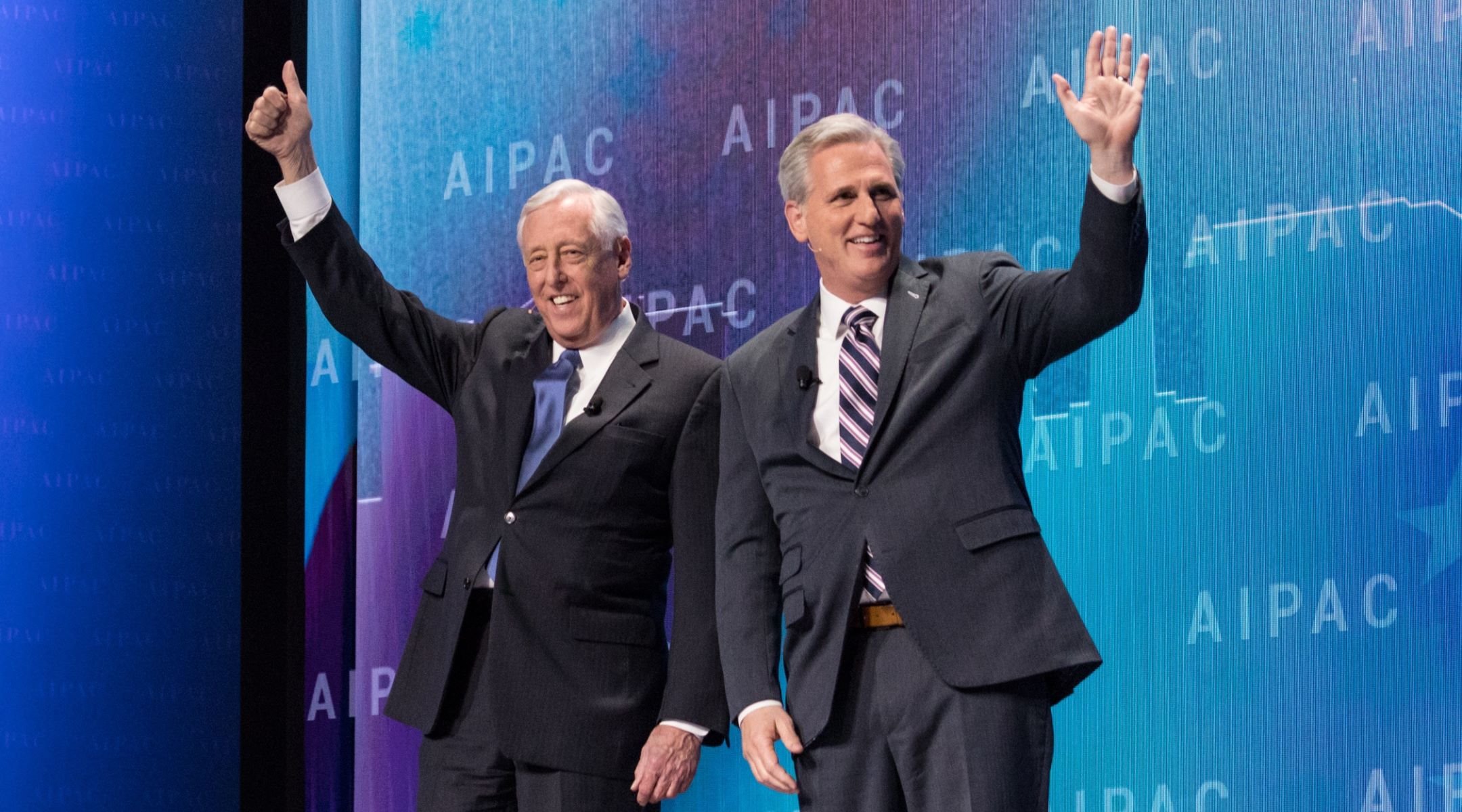 Reps. Steny Hoyer, left, and Kevin McCarthy come on stage at the AIPAC policy conference in Washington, D.C., March 5, 2018. They did not appear together the following year. (Cheriss May/NurPhoto via Getty Images)
Advertisement

JERUSALEM (JTA) — The U.S. House of Representatives majority and minority leaders said in Jerusalem that Democratic Reps. Rashida Tlaib and Ilhan Omar should be allowed to visit Israel and the West Bank despite their criticism of the country.

House Majority Leader Steny Hoyer, D-Maryland, who is leading a delegation of 41 Democratic Representatives, many of them newly elected, to Israel and Minority Leader Kevin McCarthy, R-California, who is leading 31 Republican lawmakers, met with reporters in Jerusalem Sunday morning.

The two leaders reacted to a report in Axios on Saturday which said that President Donald Trump told advisers he thinks Israeli Prime Minister Benjamin Netanyahu should use Israel’s anti-boycott law to bar Tlaib and Omar from entering Israel. The report cited three unnamed sources familiar with the situation.

The White House responded to the report on Saturday night saying: “The Israeli government can do what they want. It’s fake news.”

“I do not know that the president was unhappy; I speak to him everyday,” McCarthy said in Jerusalem.  “Anyone who comes with open ears, open eyes and an open mind will walk away with understanding, just as all these members here do …  I think all should come.”

Trump said, Axios reported, that if Omar and Tlaib wanted to boycott Israel, “then Israel should boycott them.”

Israel passed a law reserving the right to deny entry to advocates of Israel boycotts. Omar and Tlaib both back the Boycott, Divestment and Sanctions movement against Israel, or BDS.

Israel’s ambassador to Israel, Ron Dermer, said in a statement last month that “Out of respect for the U.S. Congress and the great alliance between Israel and America, we would not deny entry to any member of Congress into Israel.”