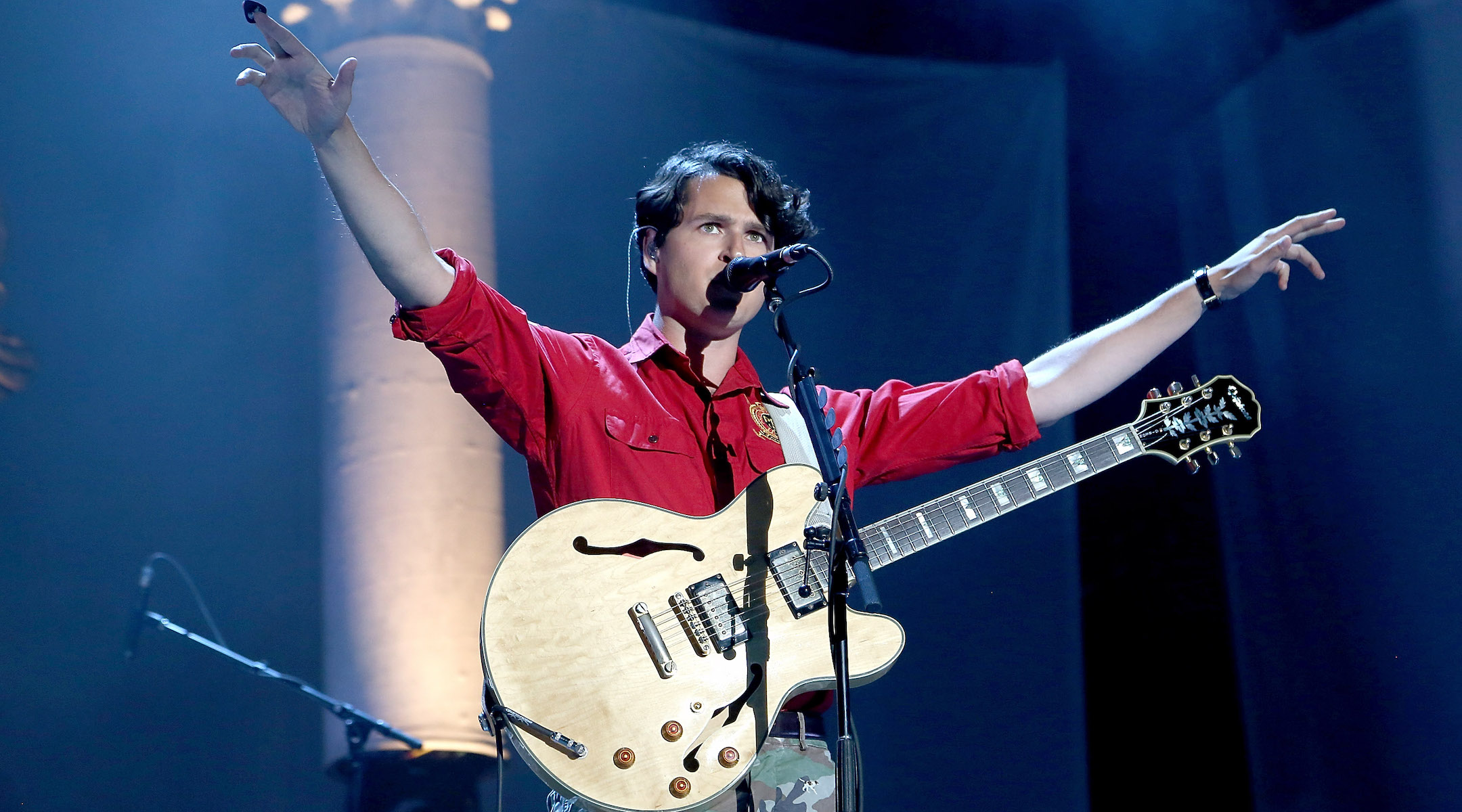 (JTA) — A song on Vampire Weekend’s upcoming album will feature a reference to the Balfour Declaration, the British World War I-era statement which helped lead to the founding of Israel.

“Jerusalem, New York, Berlin” will be the last track on the rock band’s anticipated fourth album “Father of the Bride,” due out May 3. The news was revealed by Jonathan Dean in a Sunday Times interview with the band’s singer Ezra Koenig published Sunday.

Koenig went on to talk about his own Jewish identity.

“[A]nyone with a brain can see people, both Jewish and non-Jewish, cynically using the charge of anti-semitism in both England and the States. And that doesn’t mean there isn’t anti-semitism — it just means Jewish identity is increasingly fraught. I don’t mean violence is around every corner, just that, when everybody is talking about what it means to be a Jewish person, necessarily the concept becomes a mindf***,” Koenig said.

As for the song, Dean added: “Koenig feels strongly that fans should hear the new music before he offers context.”

On their last album, “Modern Vampires of the City,” Koenig penned a song about an Orthodox Jewish girl who fell in love with an Arab falafel shop employee.

The band recently put out a music video for their new song “Sunflower,” which follows Koenig through Jewish delis in New York and includes an encounter with Jerry Seinfeld.

Koenig also said in the interview that he is backing Bernie Sanders’ presidential bid, as he did in 2016.

Some other Jewish fun facts from the article: Koenig and Danielle Haim, of the Israeli-American band Haim, sing a duet on one track; and one song samples a section from the film score of “The Thin Red Line,” composed by Jewish Academy Award winner Hans Zimmer.