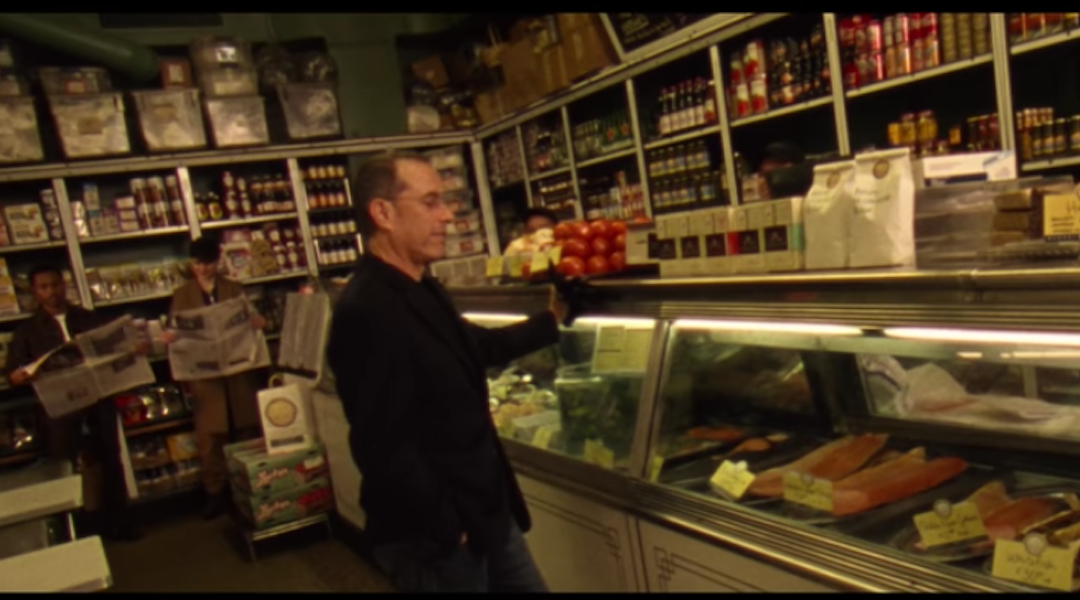 Jerry Seinfeld hanging out in the Barney Greengrass deli on New York City's Upper West Side in the music video for Vampire Weekend's song "Sunflower." (Screenshot from YouTube)
Advertisement

(JTA) — In a new music video, Vampire Weekend singer Ezra Koenig takes the viewer through two of New York City’s Jewish culinary landmarks — and none other than Jerry Seinfeld comes along for the ride.

The video for “Sunflower,” directed by Jonah Hill (née Feldstein), starts at the Zabar’s market and ends up at the deli Barney Greengrass. At one point, Koenig and Steve Lacy, a collaborator on the song (and member of the R&B funk band The Internet), get behind the appetizing counter at Zabar’s to slice some fish.

Seinfeld joins them at Barney Greengrass, where an employee pitches a joke to him. Seinfeld wryly responds: “That’s good.”

As Emily Burack put it on Alma, it’s a fun ode to the Jewish deli.

Along with Hill and Seinfeld, Koenig is also Jewish. He recently had a child with Jewish actress Rashida Jones.

Vampire Weekend has released four songs in advance of its upcoming album “Father of the Bride,” set to be released in May. The group’s last album, “Modern Vampires of the City,” contained lyrics about faith, Jerusalem and an Orthodox girl who falls in love with someone at a falafel shop.