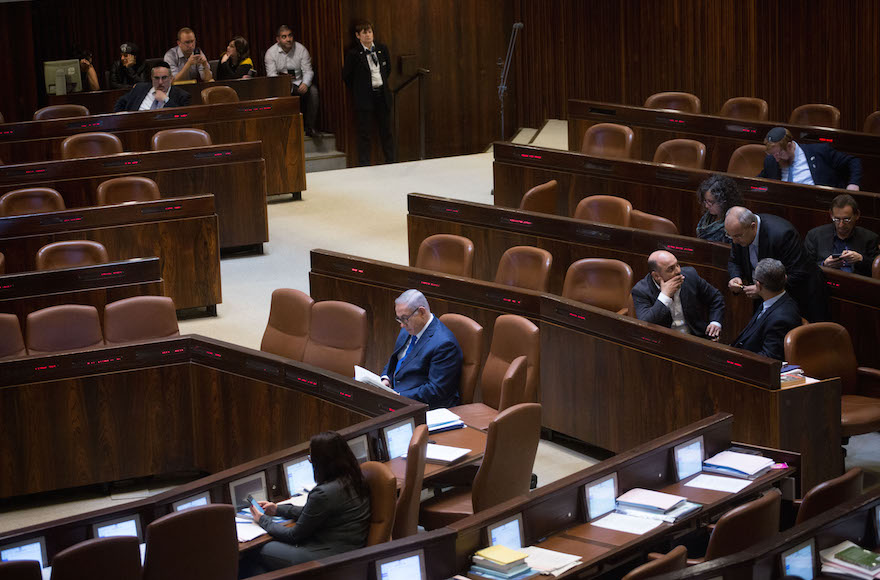 JERUSALEM (JTA) — A new Knesset member who is vegan has asked that her seat in the Knesset chamber be switched from leather to a man-made material.

Miki Haimovich of the Blue and White Party also suggested that all of the seats in the Knesset plenum be changed.

Haimovich said in a letter to Knesset Speaker Yuli Edelstein that she would be willing to pay to switch her chair, which she thought should look like the other surrounding chairs. She asked that the switch take place by the end of the Knesset’s summer recess in October.

In the past, two other Knesset members have asked that their chairs be changed but were rejected, the Jerusalem Post reported. At least one other current Knesset member, Meretz Party head Tamar Zandberg, is a vegan.

New Knesset members on Monday attended an orientation program at the parliament building in Jerusalem. This year there are 49 first-time members of the 120-member body. The head of the new Blue and White party, Benny Gantz, did not attend the orientation,

The 21st Knesset will be sworn in on Tuesday afternoon and will be followed by the first regular plenary session. The new Knesset session will begin officially after Israel’s Independence Day on May 9, according to the Jerusalem Post.  A toast to the new Knesset also will be held.