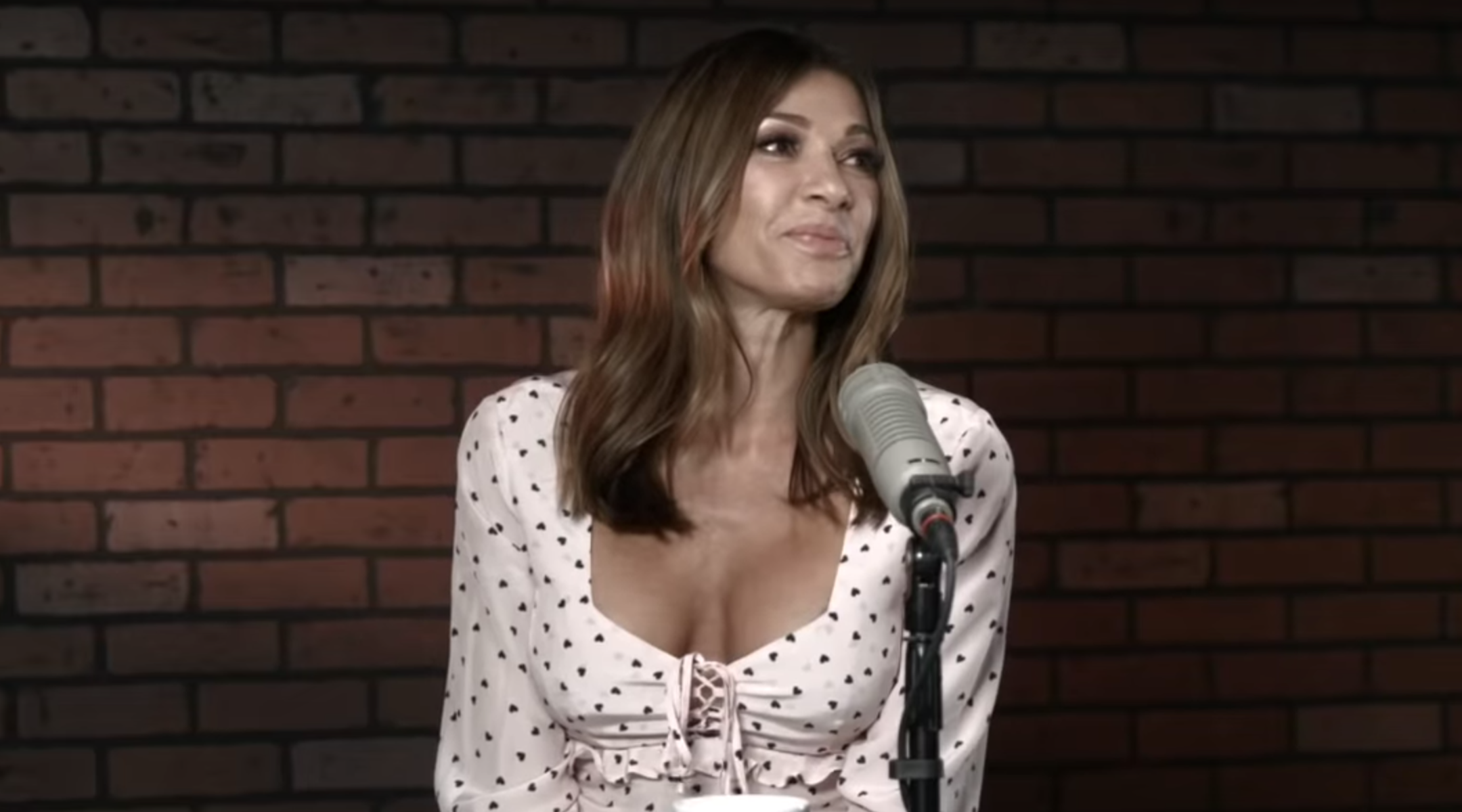 Catherine Fulop said in a radio inteview that Jews were “fierce torturers of their own people" in the concentration camps. (Screenshot from YouTube)
Advertisement

BUENOS AIRES, Argentina (JTA) — Venezuelan actress and model Catherine Fulop compared supporters of President Nicolas Maduro to Jews who helped the Nazis during the Holocaust, and later apologized for her remarks.

Jews were “the fierce torturers of their own people” Fulop said on Thursday during a radio interview held on Israel’s Holocaust Remembrance Day.

In talking about Venezuelan supporters of the Maduro regime, she noted that some Jews also collaborated with Adolf Hitler during WWII, calling them “sapos” instead of the correct term — kapos, or collaborators.

“Why do you think Hitler survived, because he did it all alone? No, because among the Jews there were the worst, the torturers inside the concentration camps. The ‘sapos’ were the Jews themselves who tortured their own people. This is happening in Venezuela,” Fulop said during an interview with Marcelo Longobardi on Radio Mitre, the most listened-to news program on AM radio in Argentina.

The phrase triggered strong criticism on social networks on Thursday.

Later, during a live television broadcast of a show where celebrities meet at a cafe bar and discuss current issues, senior journalist Samuel “Chiche” Gelblung broke down into tears Thursday when Fulop’s statement came up.

“It is the greatest offense that can be done to the Jews, shitting on the Holocaust,” said Gelblung, who is Jewish. “It is unbearable.”

“It is a despicable comparison, the Shoah is the paradigm of all genocides, which is why we ask that no dictatorship be compared with it, without minimizing what happens in Venezuela,” DAIA president Jorge Knoblovits said.

“I want to express my deepest apologies to the Jewish community because my expressions of today could be considered offensive or misinterpreted,” she wrote. “Without ambiguities, my respect and admiration to the Jewish people, even more so on the day of today’s anniversary of the Shoah #NeverAgain.”

Fulop was also accused by attorney Jorge Monastersky at the Federal Justice Department of violating Argentine’s anti-discriminatory law. The Holocaust Museum of Buenos Aires in a statement condemned Fulop’s statements and invited her to visit the museum to understand the importance of not banalizing the Holocaust.