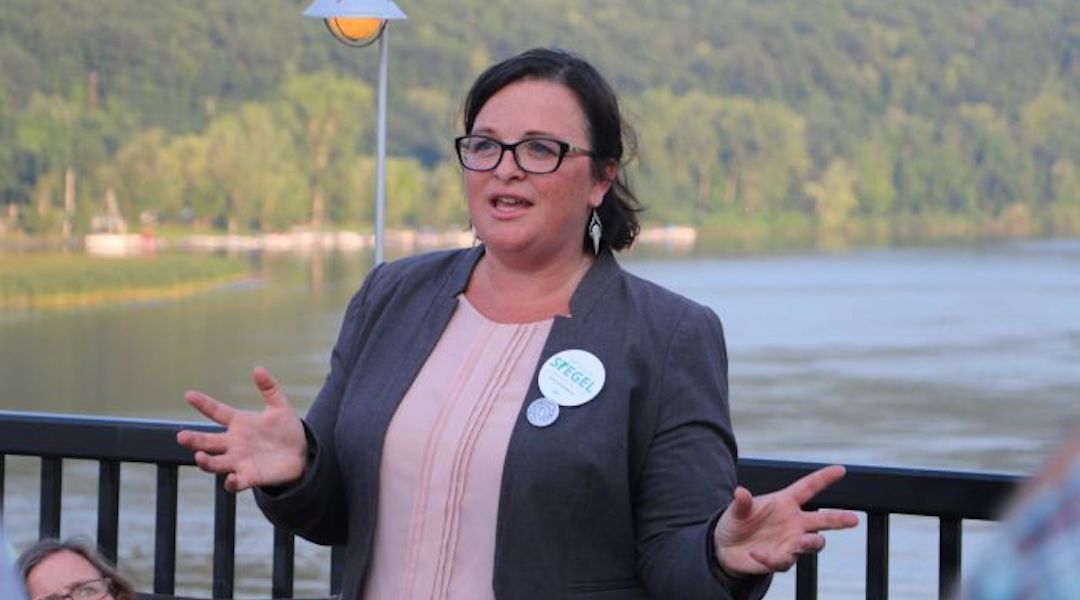 (JTA) — A forum for Democratic candidates for lieutenant governor in Vermont was the target of “Zoombombing” by individuals who drew swastikas and wrote “hail Satan.”

One of the candidates, Brenda Siegel, is Jewish.

“I am in the middle of the hardest forum of my life,” Siegel tweeted on April 30. “We have been zoom bombed twice with Nazi symbols. I am the Jewish candidate in this race. I am shaken. Holy. That was hard to stay on.

In a statement, Siegel said: “As a Jewish woman and public figure in Vermont, I have experienced a growing number of anti-Semitic attacks since the election of Donald Trump. Long simmering beneath the surface, there is a rise of hate in this state.”

The rapid growth of Zoom videoconferencing due to the coronavirus pandemic has come with a steady increase in reports of intrusions by people spouting racism, anti-Semitism and hate.

The Vermont forum, which was hosted by a local Democratic committee, was disrupted twice. In both instances, one of the intruders stole the screen and drew a swastika. Siegel said she knew what it was “as soon as they turned the first line, since I’ve been subjected to that symbol so many times before.”

The meeting link was widely publicized.

Days after the meeting Siegal vowed in a tweet that “I don’t plan on being any less Jewish any time soon. Or any less progressive for that matter. This is who I am, you won’t find me hiding it. This is the whole me.”

I am in the middle of the hardest forum of my life. We have been zoom bombed twice with Nazi symbols. I am the Jewish candidate in this race. I am shaken.
#vtpoli @RightsVT @PplsAction @CPDAction @pdamerica #AllOfUs #allourvoices #COVID19