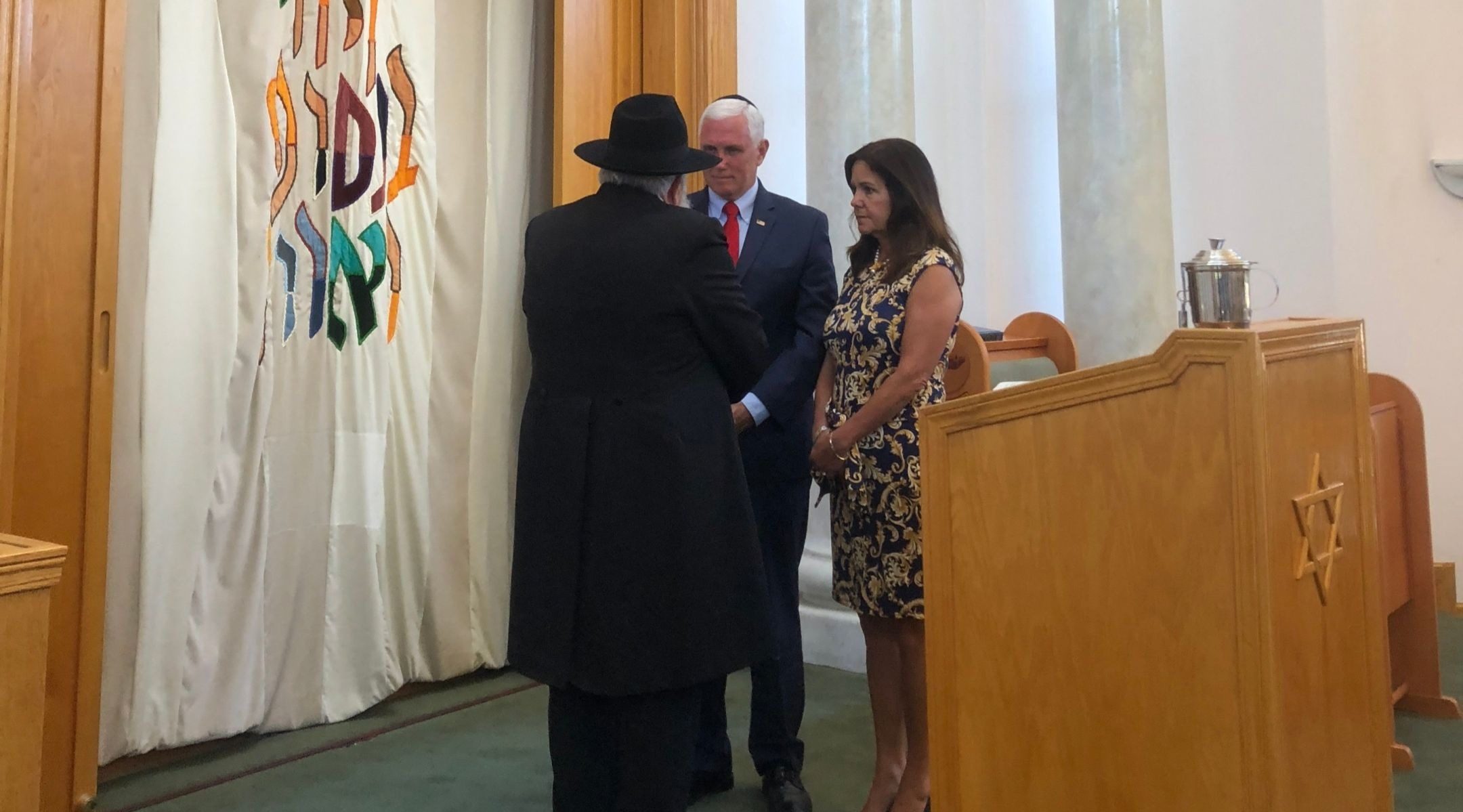 (JTA) — Vice President Mike Pence and his wife, Karen, visited the San Diego-area synagogue where a far-right shooter killed one congregant and wounded three others in April.

“We had to come,” Pence told Rabbi Yisroel Goldstein, who was among those injured in the attack.

Before putting on a kippah and entering the Poway synagogue, Pence hugged the rabbi.

Goldstein blessed the couple on the sanctuary’s stage.

“To me there was a very short moment of darkness,” the rabbi said. “That darkness was pushed out of here. God was really protecting us.”

Pence told Goldstein: “Your faith and courage are an inspiration to the nation.”

The vice president wrote on Twitter: “Karen & I were honored to stop by the Chabad of Poway, the site of a terrible shooting in April. To Rabbi Goldstein — your faith & courage is an inspiration to the nation. No one should fear in a house of worship. We will always condemn evil acts of antisemitism. We are with you!”

Pence was in California on a visit of two Navy bases in San Diego.