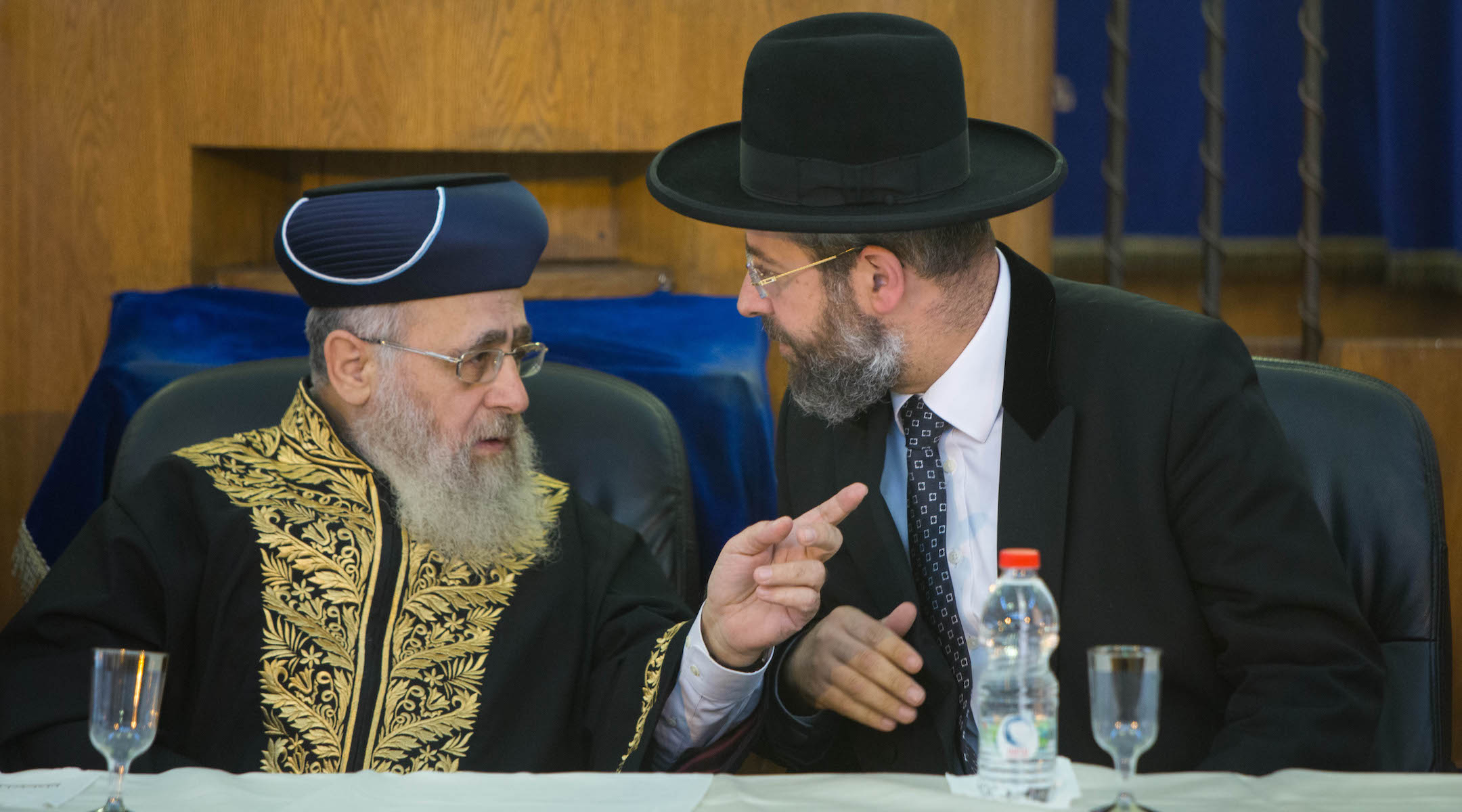 So say Israel’s chief rabbis, who issued a list of Jewish religious legal rulings for “Passover in the shadow of corona.”

A group of Israeli Sephardic Orthodox rabbis last week issued a letter approving the use of a videoconferencing program such as Zoom to bring families together for seders during the health crisis. Traveling to the homes of extended family for the holiday rite is now prohibited by the government.

But many Orthodox rabbis slammed the letter and many of its signers removed their names after it became public.

The use of electronic devices is forbidden on yom tov, or religious Jewish holidays, the statement issued Tuesday by the Chief Rabbinate says.

“The loneliness is painful, and we must respond to it, perhaps even with a video conference on the eve of the holiday before it begins, but not by desecrating the holiday, which is only permitted in cases of ‘pikuach nefesh’ [to save a life],” the rabbis said.

The list also said that burning the chametz, food not kosher for Passover, can be skipped this year due to the prohibition against a person being more than 100 meters (about 110 yards) from his home. Instead, the chametz can be placed in the garbage with bleach poured on it to make it inedible.

The rabbis called on individuals to pray in their homes and recommended that a uniform time be set, so everyone would be praying at the same time.