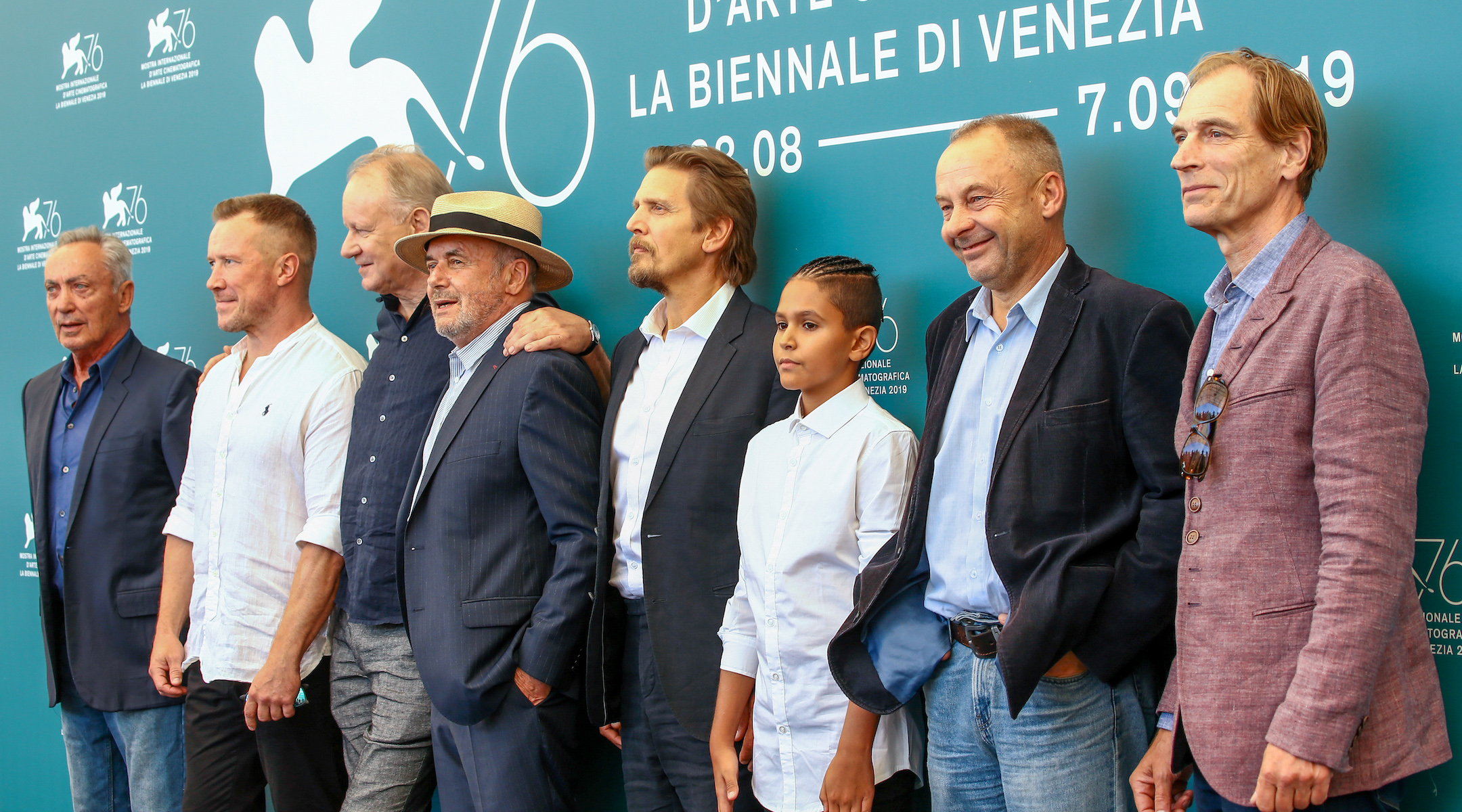 The cast of "The Painted Bird" with director Václav Marhoul, second from right, at the 76th Venice Film Festival, Sept. 3, 2019. (Matteo Chinellato/NurPhoto via Getty Images)
Advertisement

(JTA) —  The graphic depictions of violence in a Holocaust film proved to be more than some could handle at the Venice Film Festival.

Several viewers walked out of a screening of “The Painted Bird,” which describes devastation in Eastern Europe as seen by a boy who may be Jewish or Roma. The movie is based on a 1965 book by Jerzy Kosinski.

Xan Brooks, a critic for the Guardian, wrote that some shocked viewers among the 14 he saw leaving felt their way frantically in the dark to get away from the dark theater.

In one scene, a boy’s pet ferret is burned alive. In another, a boy is buried alive as famished ravens peck away at his bald scalp.