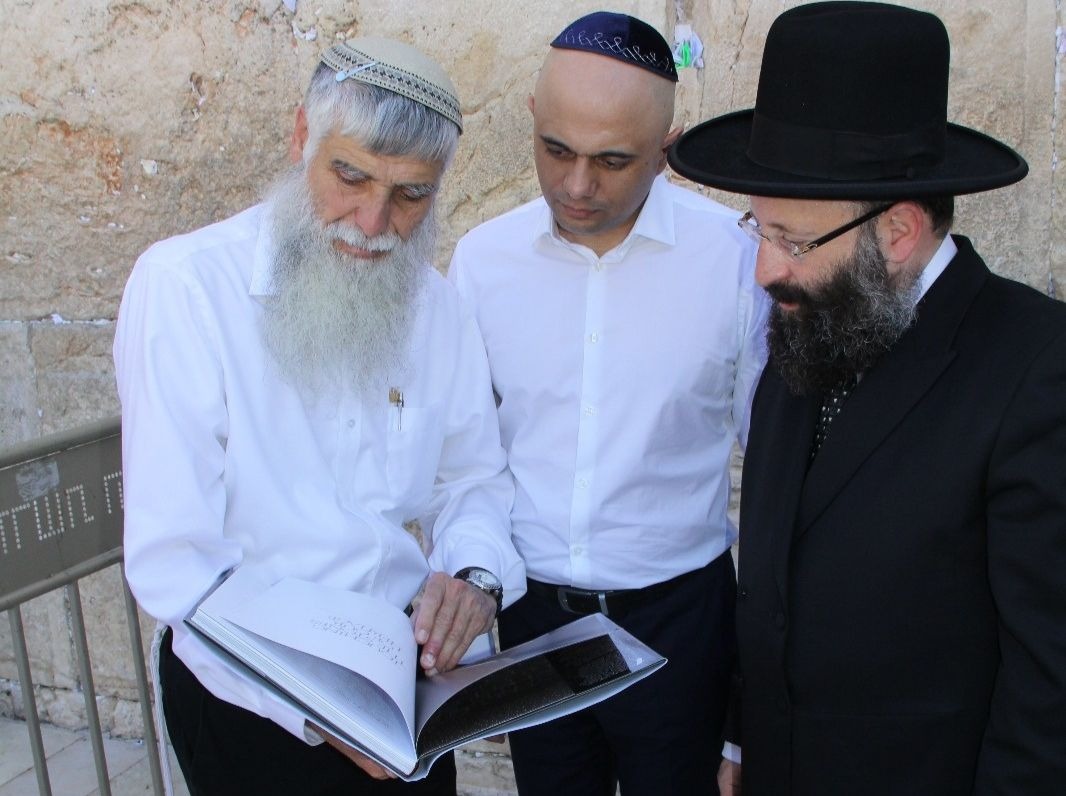 Javid, who comes from a Muslim family, said during the visit that his father believed deeply in the connection between Jews and Muslims, and that his brother visited the Western Wall as a child. Javid said that his father and entire family were very excited about the pictures from the visit, according to a statement from the foundation.

He wore a black kippah and placed a note in a crack between two stones in the Western Wall.

Javid on Monday also visited the Al-Aqsa Mosque on the Temple Mount, where he also prayed, and the Church of the Holy Sepulcher.

Britain’s Prince William visited the site a year ago; he is not a member of the country’s government.