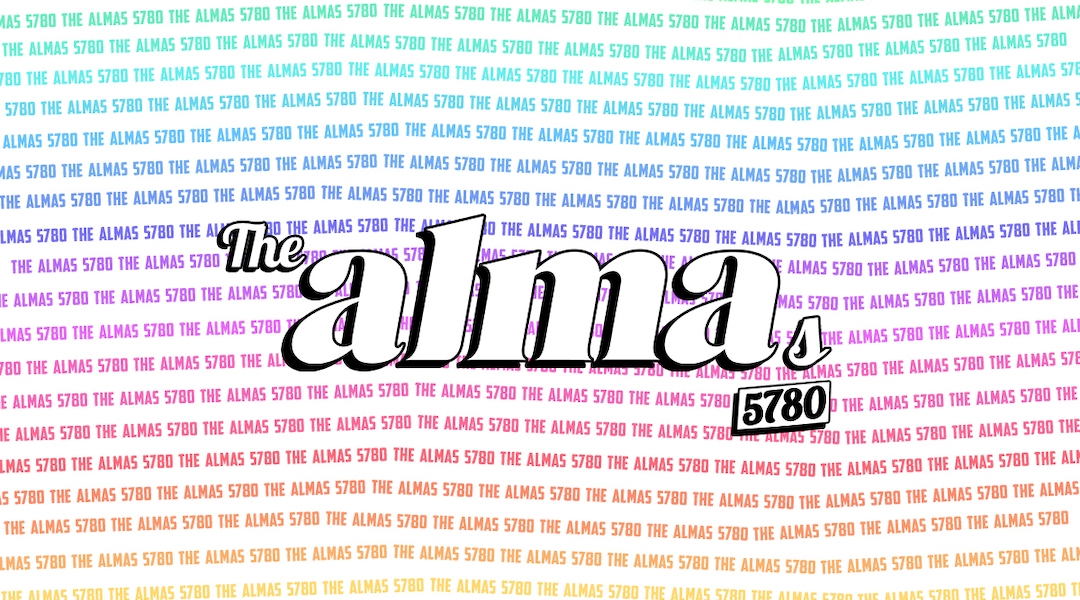 (JTA) — Do you ever wish there were a fun Jewish version of the Oscars? Or the Grammys? What about a roundup of the best Jewish moments from across the vast reaches of the internet over the past year?

Alma, one of the Jewish Telegraphic Agency’s partner sites at 70 Faces Media, does all of that and more in its second edition of The Almas, a collection of the best Jewish movies, television, books, music, and celebrity and internet moments of 5780, the past Jewish year.

It’s not your typical list. In the television category, for instance, an award goes to “The Show We’re Sitting Shiva For” (it’s “Schitt’s Creek,” which finished its run this year). In the music category, there’s a “Best Jack Antonoff Production” mention — referencing the Jewish songwriter and how he’s now ubiquitous in the world of pop hit writing (the award goes to Taylor Swift’s “Folklore” album, to give you an idea of his popularity).

But there are more traditional awards, too, like Breakout Jewish Artist (rapper Doja Cat) and Breakout Actor (Adam Sandler, for his star dramatic turn in “Uncut Gems“).

“This past year has obviously been very different than any others in recent memory, but with so many people stuck at home and consuming more media than ever — and with very few things that feel worthy of celebrating — we wanted to go into the Jewish New Year once again reflecting on all the exciting, unique ways Jews have represented ourselves in the media and on the internet,” Alma editor Molly Tolsky said.

Check out the full slate of awards here.