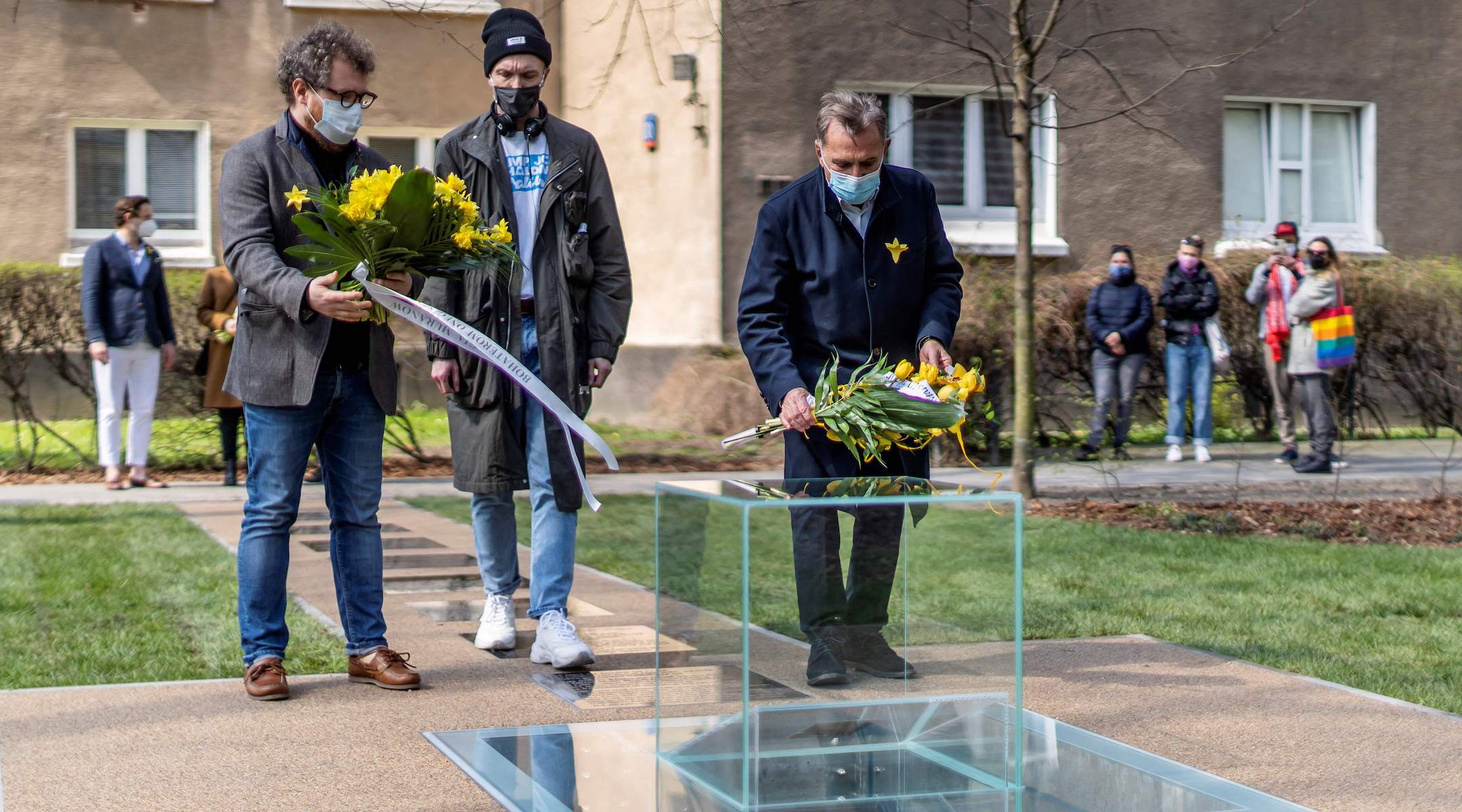 Participants lay a wreath and flowers in front of a monument dedicated to the underground archives of the Jewish ghetto during its unveiling ceremony at the site in Warsaw, April 19, 2021. (Wojtek Radwanski/AFP via Getty Images)
Advertisement

WARSAW, Poland (JTA) — A group of Jewish organizations has unveiled a monument marking the area where a group of Jewish writers and activists buried an archive of material documenting their Holocaust experiences.

The commemoration of the Ringelblum Archive was timed to the 78th anniversary of the Warsaw Ghetto Uprising on Monday.

A group of historians, journalists, writers and social activists led by Emanuel Ringelblum and known as Oneg Shabbat collected the material — from reports and diaries to posters, drawings and even candy wrappers — documenting the horrid conditions in the ghetto and hid the cache underground in metal boxes and milk cans. Most of the documents have been found.

The monument at 28 Nowolipki St., designed by Łukasz Mieszkowski and Marcin Urbanek, centers on a transparent cube containing a copy of an archival document. 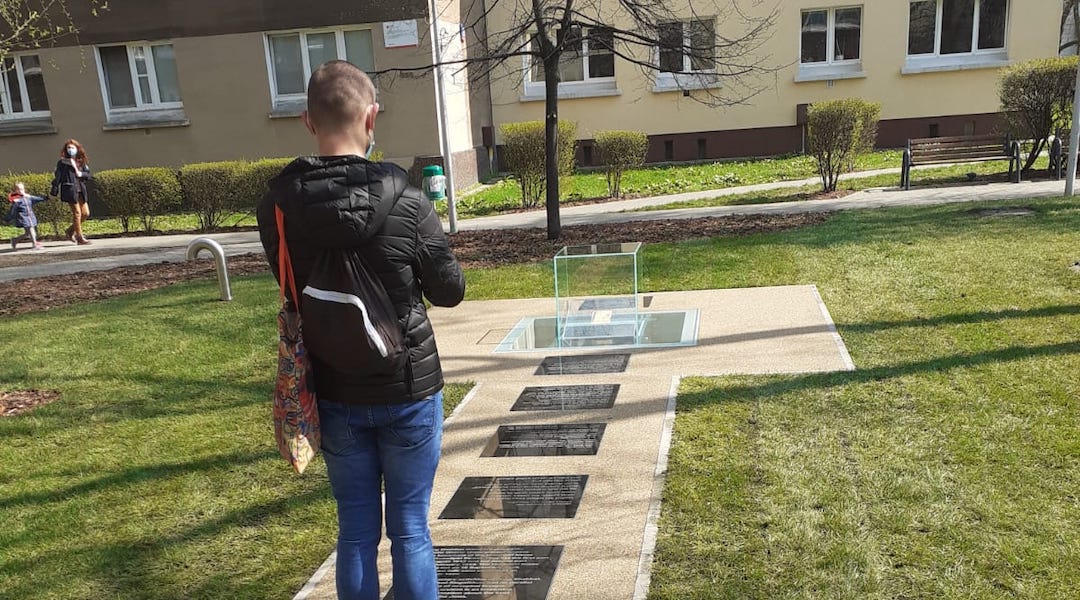 Due to the pandemic, no official ceremony was organized. But the groups involved in the project — among them the Stacja Muranow Association, which educates locals on Warsaw Ghetto history, and the city’s Association of the Jewish Historical Institute, dedicated to research on the Ringelblum Archive — released an eight-minute video about it on YouTube.

Soon after the Nazis invaded Poland in 1939, they forced nearly 500,000 Jews to live in unsanitary quarters in what came to be known as the Warsaw Ghetto. Most were murdered or died of starvation or disease.

There are also plans to honor the Oneg Shabbat group with a monument at Warsaw’s Jewish cemetery, AFP reported.