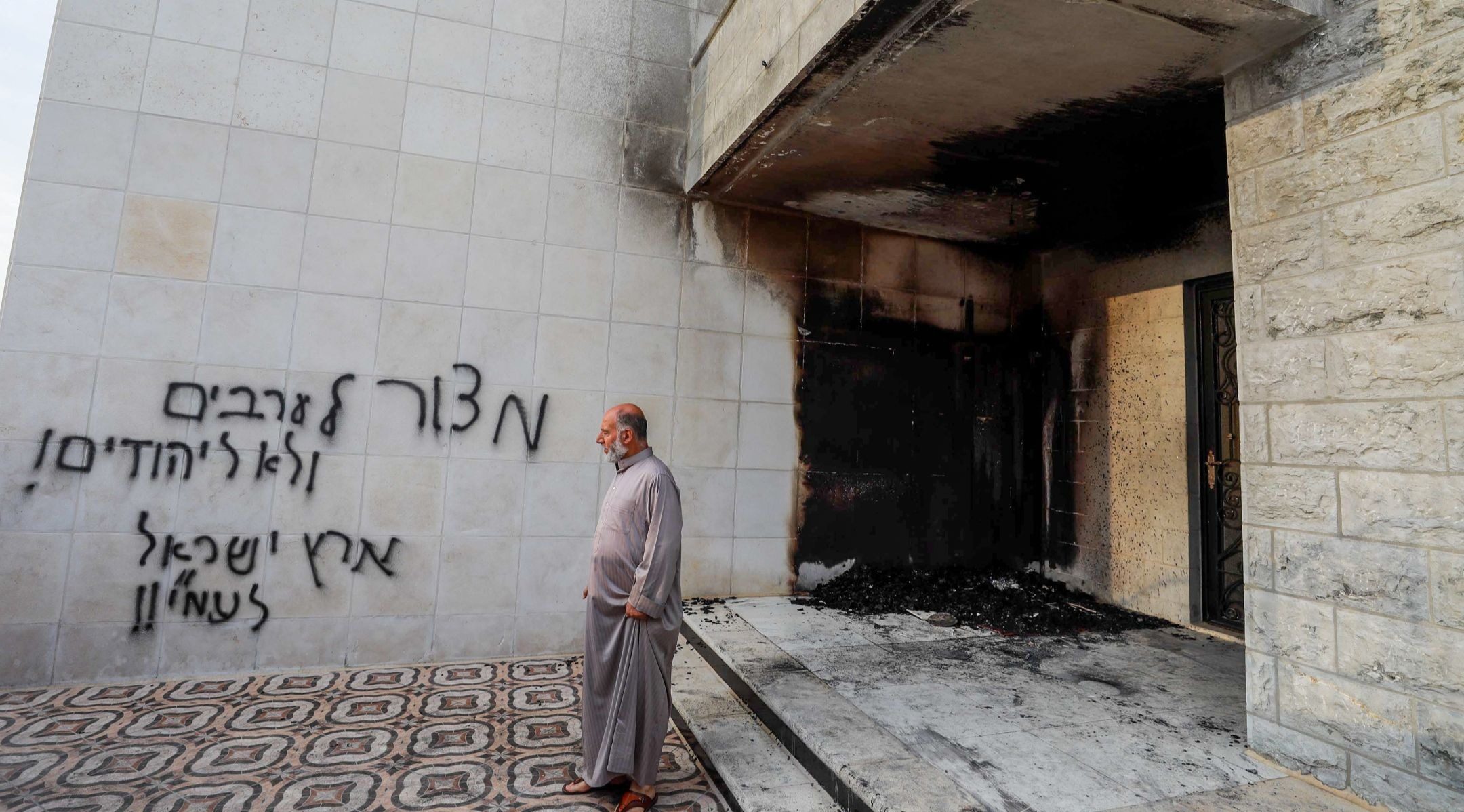 Graffiti was spray-painted on a West Bank mosque near Ramallah, July 27, 2020. (Flash 90)
Advertisement

JERUSALEM (JTA) — A mosque near the West Bank city of Ramallah was vandalized with graffiti and set on fire.

The graffiti spray-painted on the walls of the mosque in al-Bireh overnight Monday included “siege to the Arabs” and “this land is for the Jews” written in Hebrew,  the official Palestinian news agency Wafa reported. The bathroom was burned and other areas of the mosque suffered fire damage.

The report placed the blame on Jews from the nearby settlement of Psagot. Jewish settlers have been blamed for several attacks in recent weeks on West Bank Palestinian villages.

“This is a criminal and racist act, and we hold the occupation authority fully responsible for it and for the unruly acts and growing violence of the settlers,” Palestinian Authority Prime Minister Mohammad Shtayyeh said Monday at the start of the P.A.’s weekly Cabinet meeting in Ramallah, its capital.