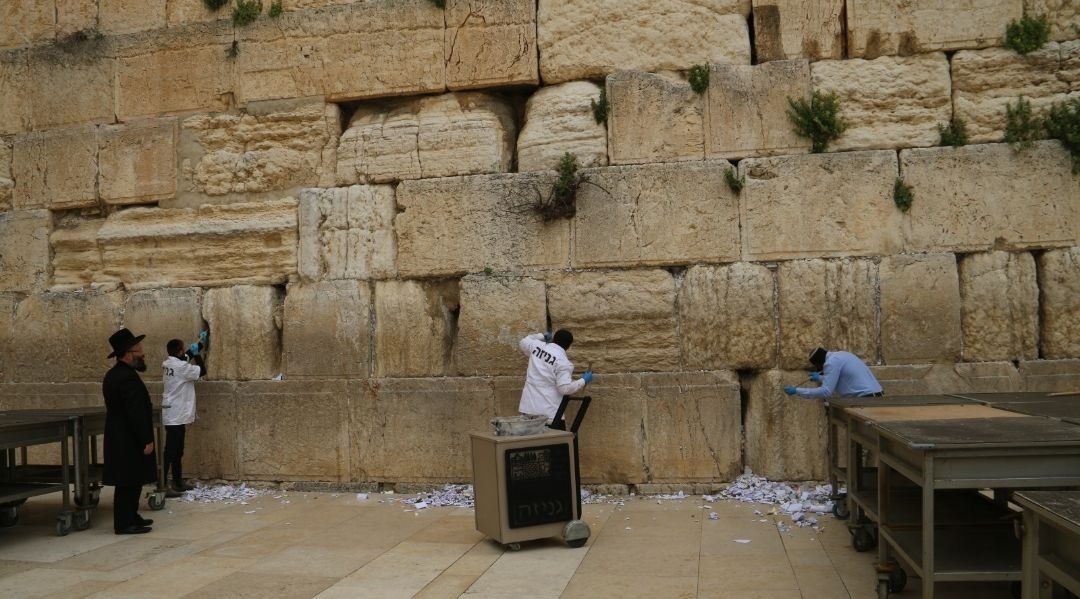 Gloved workers remove notes from the Western Wall and sanitize its stones to protect visitors against the coronavirus, on March 31, 2020, (The Western Wall Heritage Foundation)
Advertisement

JERUSALEM (JTA) — The Western Wall stones were cleaned and sanitized ahead of Passover.

Every year, the prayer notes tucked between the stones in the wall are removed at Passover and before the High Holidays, and buried with other sacred papers according to Jewish law in the cemetery on the Mount of Olives.

This year, according to a statement from the Western Wall Heritage Foundation, “the Western Wall stones, visited and touched by thousands of people from Israel and around the world all year round, were sanitized and cleaned in order to protect those who come to the Western Wall even now.”

The cleaning took place Tuesday morning. The notes were removed with gloves and disposable wooden tools.

The statement noted that since Rosh Hashanah, over 8,000 prayer notes sent from around the world via the Western Wall internet site have been placed between the stones.

Rabbi Shmuel Rabinowitz, the rabbi of the Western Wall and holy sites, supervised the cleaning and prayed there for the recovery of all those who have become ill with the coronavirus, according to the statement.