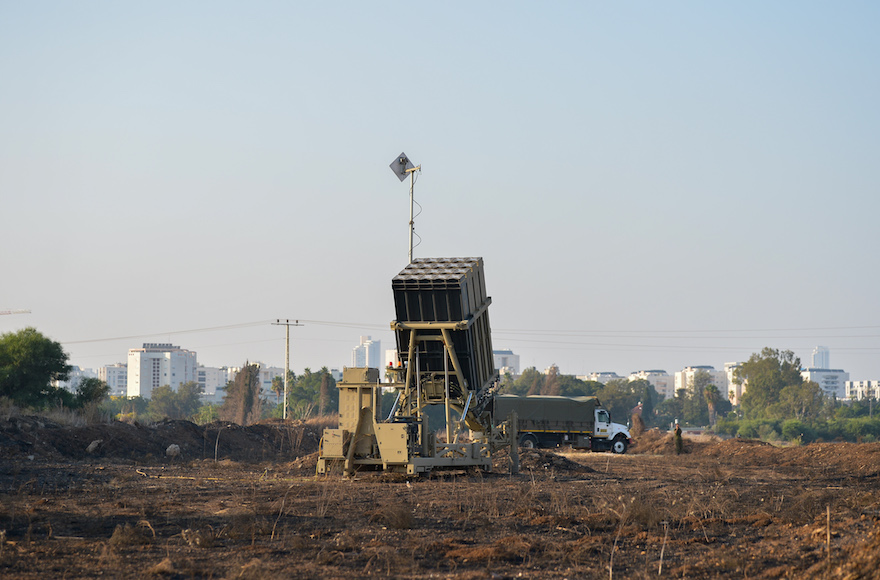 The 2020 fiscal plan sent by the White House to Congress on Monday includes the full $3.3 billion in assistance promised under a 10-year memorandum of understanding, despite spending cuts throughout the proposal.

“The Budget fully supports the U.S.-Israel Memorandum of Understanding and includes $3.3 billion in Foreign Military Financing grant assistance to bolster Israel’s capacity to defend itself against threats in the region and maintain its qualitative military edge,” the budget document says, Israel’s business daily Globes reported.

The $38 billion Memorandum of Understanding, a 10-year defense agreement signed under President Barack Obama, went into operation in October at the start of the last fiscal year.

Under the MOU, the United States set funding for Israel at levels of $3.3 billion in foreign military financing and $500 million for cooperative programs for missile defense over each of the next 10 years.

The budget plan includes domestic cuts to education and social welfare programs, among others, and includes $8.6 billion for a controversial border wall with Mexico and increased defense spending. Leaders in the House of Representatives said the plan had no chance of passing.