The White House released the UAE and Bahrain agreements with Israel. Here are some details. 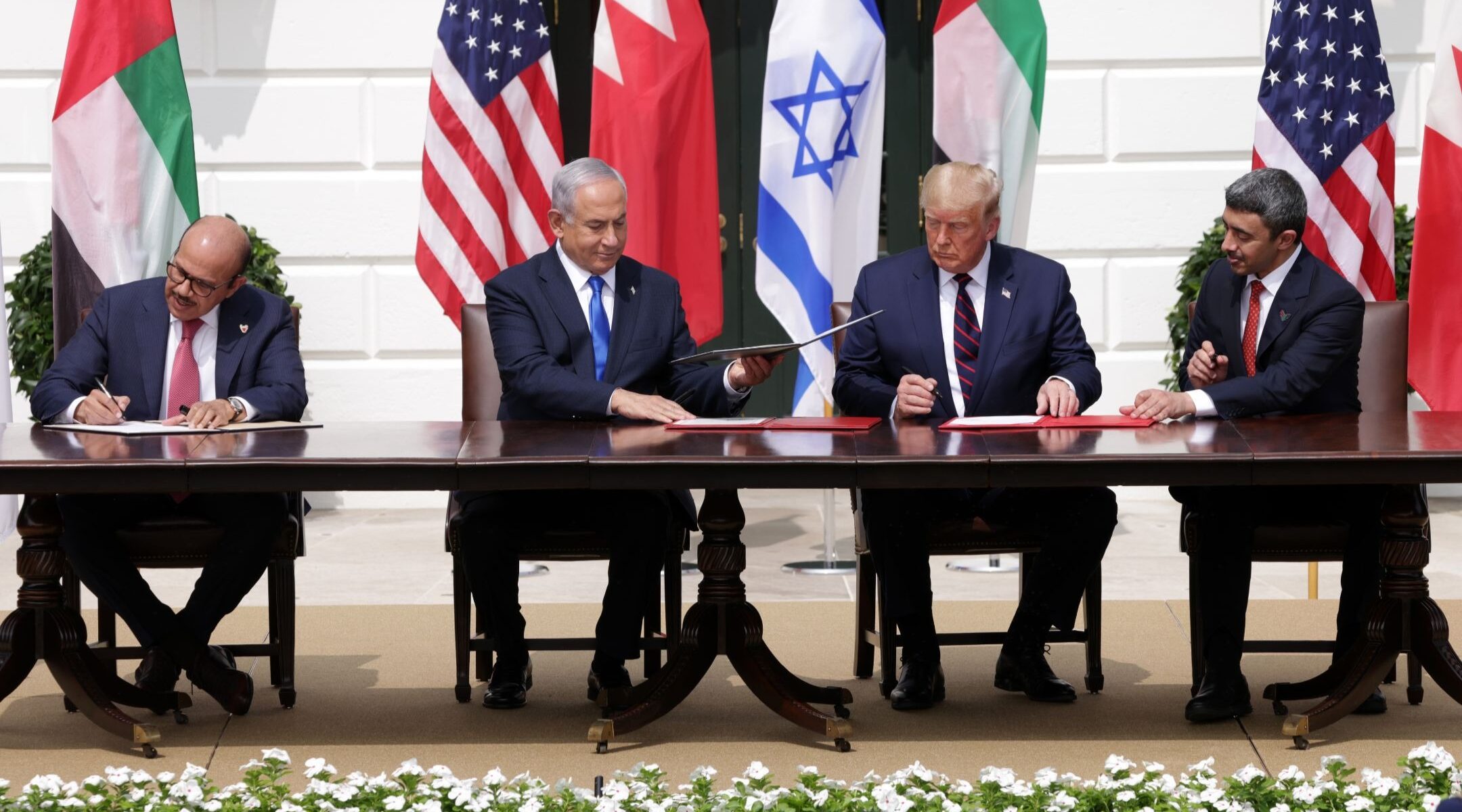 WASHINGTON (JTA) — Agreements between Israel and two Arab nations — the United Arab Emirates and Bahrain — include security components as well as pledges to expand cooperation in civilian areas.

The White House sent the agreements to reporters after 5 p.m. Tuesday, several hours after the pacts were signed on the South Lawn of the White House.

The deal with the United Arab Emirates, titled Treaty of Peace, Diplomatic Relations, and Full Normalization Between the United Arab Emirates and the State of Israel, was longer and more detailed: four pages and a three-page annex outlining areas of cooperation. The Bahrain agreement, which the sides have just begun to negotiate, was one page and broader in its outlines.

Both documents outlined areas of security cooperation. The UAE and Israel “undertake to take the necessary steps to prevent any terrorist or hostile activities against each other on or from their respective territories as well as deny any support for such activities abroad or allow such support on or from their respective territories.” The Bahrain agreement said Israel and that Gulf nation will come up with a security agreement in coming weeks.

The agreements, brokered by the Trump administration, formalize existing security cooperation between Israel and the Gulf nations that has existed for years. The agreements also pledge cooperation in a range of nonmilitary areas, including trade, health care, energy, education and the environment.

The agreement with the UAE calls for a “just, comprehensive, realistic and enduring solution to the Israeli-Palestinian conflict,” but stops short of calling for a Palestinian state.